Why did Muhammad (s.a.w.) wear a cloak in surah 74 (al-Muddaththir)? Out of fear of his first encounter with the Angel Jibreel?

In surah 74, we read that the Prophet Mohammad (s.a.w.) asked his wife Khadija to cover him in a cloak repeatedly after he heard the words of the Angel Jibreel telling him to "Recite!" Did he ask to be covered in a cloak namely because he was initially afraid of the Angel? Or was the angelic presence too bright for his mortal being? Or was this just the process by which he received revelation?

I am a neophyte when it comes to learning about Islam, but I earnestly desire to know more, but I apologize if this is a "duh" question. However, you guys have been extremely helpful so far regardless of my basic questions so I appreciate your help and your very kind community. Thank you very much!

The Arab nation consisted of various tribes, sundered by conflicts and enslaved by passions. Each tribe gloried in wars with its neighbour, capturing the women folk, killing the chieftains and pillaging the land. Greed inspired these perpetual battles. With the decay of belief went every sort of evil. So low did the Arabs' intelligence sink that they even made sugar idols and worshipped them, and ate them when they were hungry. In their helpless degradation they slew their girl children to be rid of the disgrace of them or to be free of the burden of keeping them alive. Chastity had no worth in their eyes, so far were they gone in moral turpitude. In a word, all the bonds of the social order in every people and community were slackened and dis­solved

But that wasn't the case of Muhammad peace be upon him, even before the revelation came to him.

Muhammad was reared among his cousins and the boys of the tribe, different only in his being orphaned of both parents and by the fact of a poverty that afflicted alike both ward and guardian. He had no tutor for his education, no teacher to care for his instruction. His contem­poraries had grown up in the days of ignorance and his companions were sworn idolaters...Nevertheless he grew into a fine character, both morally and mentally, so that he became known among the people of Mecca in his youth as Al-Amin, the trustworthy. Thus he had a Divine good-breeding, quite unusual among poor orphan...He came to a ripe maturity, nobly acknowledging the Divine unity among a people who were deprived and depraved and idolatrous. He was quiet among dissidents, of sound belief among the deluded, with an innate goodness among a people in ignorance, ill-discipline and delusion.

From the context above, you can see how Muhammad, before the revelation was alone in the land of mischief and injustice and paganism. Being one of the few who rejected these and believed in the Oneness of a Higher Power. Beyond the stones that his fellows used to worship. He found his refuge in thinking and reflecting in the world and in the Oneness of the Higher Power that created Him, specially in the cave of Hiraa. It was no fairy tale.

Did God call Muhammad the muddathir as a state of being or a wearing ? 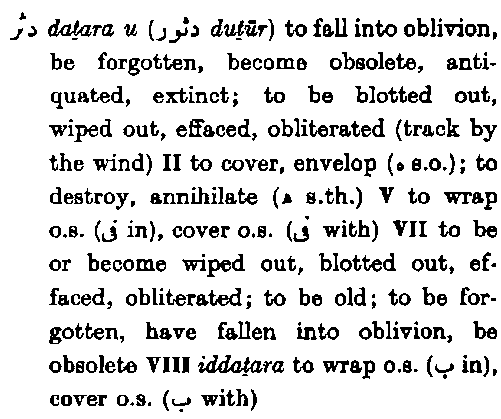 93:3 Thy Sustainer has not forsaken thee, nor does He scorn thee

93:6 Has He not found thee an orphan, and given thee shelter?

74:1 O THOU [in thy solitude] enfolded! (The muddaththir)

I hope I clarified the issue and made the answer clear.

"Did he ask to be covered in a cloak namely because he was initially afraid of the Angel?"

It's clearly mentioned in the Quran that prophet Muhammad just like ALL other prophets is only a human who can't do anything special without the will of Allah:

Say, "I am only a man like you, to whom has been revealed that your god is one God. So whoever would hope for the meeting with his Lord - let him do righteous work and not associate in the worship of his Lord anyone."` (18:110)

Not the answer you're looking for? Browse other questions tagged prophet-muhammad history malaikah surah revelation .