Eating a meal prepared by non-muslim

I have a Muslim friend who I would like to invite for dinner at my house. I am not Muslim. I understand the basic halal rules, and would try to follow them. Would she and her family be allowed to eat food prepared in a non-halal kitchen?

No, problem with you cooking in a non-halal kitchen and they eating it. You could be cautious to not bring things that are non-halal into contact with those things that are halal (which as you said you know, so not getting into the details of it) and which you shall be serving. Contact also includes your hand touching pork and then without washing your hand you touching the halal food.

If you're not a Chirstian, Jew or a Zororastrian then make sure that in front of your friend at least you don't touch the food just to make sure the food is ritually clean.

Islam prohibits only what is haram...It is immaterial if a halal item is made for, or served to you by a Muslim, Christian, Jew, Hindu or anyone else.

No problem, if you know what is haram then avoid it fully, and enjoy the meal Because its mentioned in quran(the haram things are dead meat, blood, flesh of swine, alcohol-ethanol to be specific, and a few more things), irrespective of who made the meal. The translation of the following Quranic verse should clarify your doubt; Surah Maida(5), verse 3 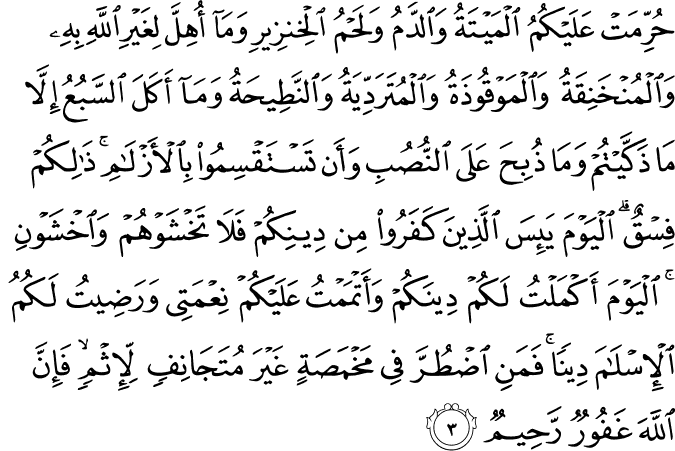 As said in the above verse, it is clear what is Halal and Haram, irrespective of who cooks or slaughters or cuts the animal or plant.

Not the answer you're looking for? Browse other questions tagged non-muslim .

8
Does halal meat become haram when prepared by a non-Muslim?

14
Why are Muslim women prohibited from marrying non-Muslims while Muslim men are allowed to?
12
Is it permissible to eat with non-Muslims?
3
What is an academic understanding of Islam from a non-Muslims point of view?
0
How to speak to a non-Muslim in order to invite them to Islam?
0
Nikah with a Non-Muslim
0
Non muslim food business serving Halal food, DO I NEED A CERTIFICATE?
0
Would we able to meet the Non Muslim person whom you love in jannah?