Ask Question
Asked 19 days ago
Modified 11 days ago
Viewed 49 times
0
Closed. This question is off-topic. It is not currently accepting answers.

Questions on Muslim culture or behaviour unrelated to the teachings of Islam are off-topic here. See: Islam SE: Not an Muslim Peer Support Group.

Me my 3 brothers and my mom recently shifted to a new house. Before we did we found out more about shirk and threw all taweez and oils and stuff away. In my family. Black magic is a common topic the thing is that although we dont own any taweez and stuff it was found folded in a open wide area (inside infront of my moms door) in my moms room. We have no idea how it got there. And none of us know about such things or own such tgings. Could someone explain this and translate it please. Jazakalla Also im unsure if it is a taweez or what 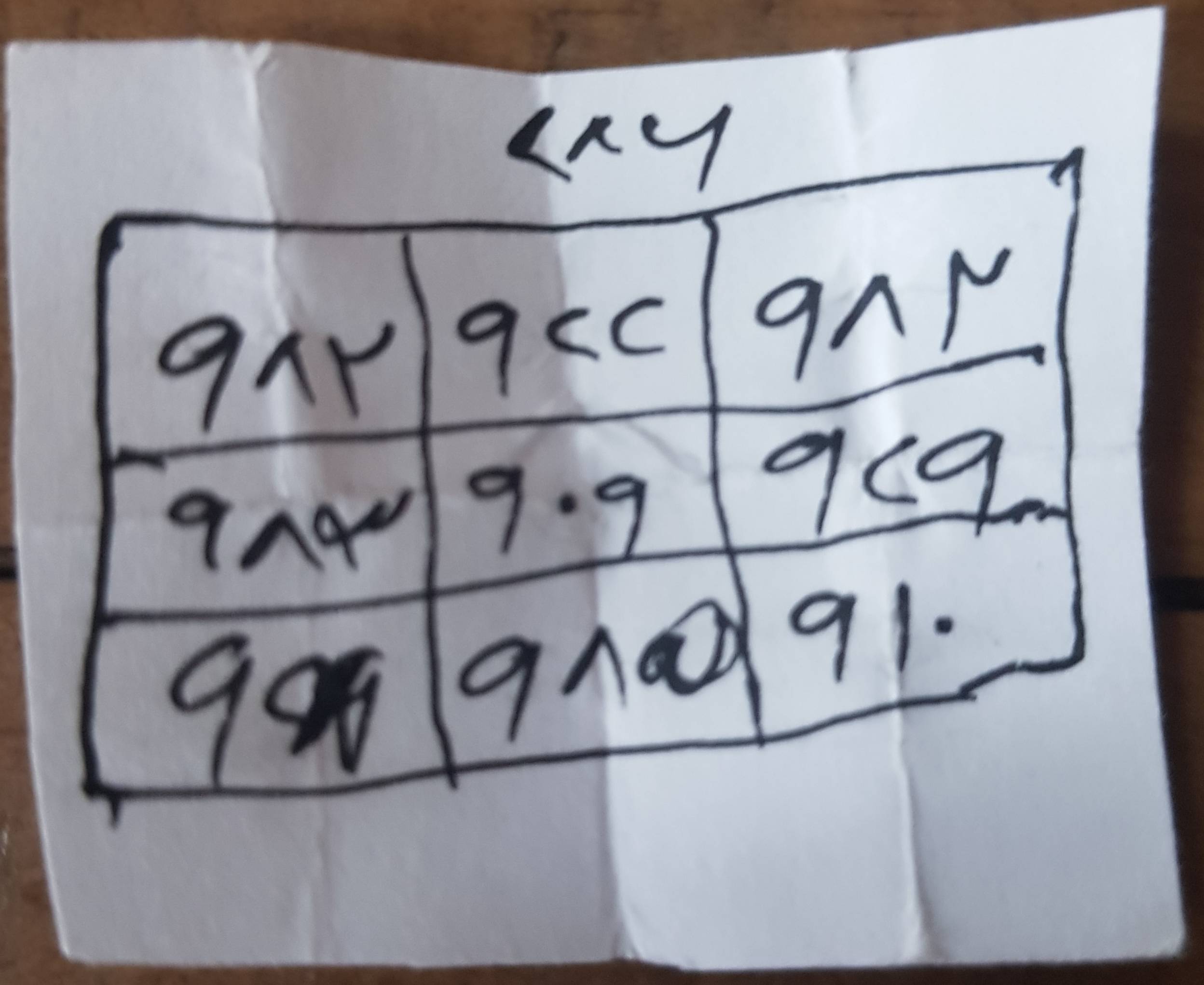 This chit of paper is related to Arabic numerology. This is popular in many parts of India. Each Arabic letter represents a number. Numbers from each letter is combined to get a value for Arabic word or Ayat.

The most popular number is "786". This number represents "bismillah hirrahman nirrahim"

There are two ways in which they are used. First of all imagine a person who is not very proficient in writing Arabic (which is quite common in India). They purchase a new notebook. They want to write "bismillah hirrahman nirrahim" in the beginning. However they don't how to do that. So they write "786" and move on. The top number on your slip is also "786".

The other way is: a shopkeeper takes a slip similar to what you have. In that slip he puts numbers corresponding to various names of Allah. (For example - 308 represents - Ar-Razzaq - which is one of the favorite). This is supposed to bring good luck to the shopkeeper.

I cannot recognize the numbers in your slip - other than 786. If Sufism is common in your region, your imam might be able to identify the names or verses represented by this slip. That should clarify the purpose of the slip. It is possible that it is part of black magic. However it is much more likely that it is intended for protection against dark magic.

Apart from some followers of Sufism, most Sunni scholars consider it to be Bidah (innovation).

Note: If you are down-voting my answer, you are most welcome. Please provide reasoning in the comments. I promise, I will not argue with you. I am writing this since unexplained down-votes have perplexed me earlier in this forum.

8
Reference of hadith in Musnad Ahmed which states the wearing taweez/amulet is shirk?
0
Taweez and my Husband
4
What is the meaning of this taweez (tawiz) writtings?
0
Found a taweez in parents home