Is it Halal to watch drama on television if the actors are modestly dressed?

I often hear others say that watching TV is Haram. My question is, for drama in which men and women all are in normal clothes, meaning they are not naked, nor are there any nude scenes, and with a great story, is watching this type of drama also Haram? are there any authentic/reliable sources which supports it is Haram?

For example: Is a pencil haraam? No, but it can be used for haraam! Therefore, using that style of thought, I have tried to give your question some much needed direction to make it more of a valid question. Keeping all that in mind, please read the answer below.

Here is an example of what sedan chairs probably looked like in those days considering the required cover from the burning desert sun: 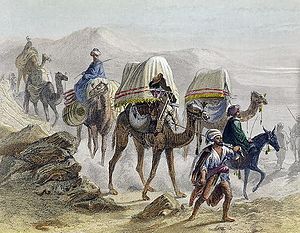 We also know that both men and women have been told to lower their gaze:

So, it doesn't really seem to matter if they are wearing "normal cloths" or revealing cloths, it seems you should be lowering your gaze no matter how well covered the opposite gender is.

Even if the people are "modestly dressed" (I'm assuming non Muslims and Muslims on TV) you are looking at the face of the opposite sex and may/will find the face attractive. Scholars even say watching the news with a female presenter is not allowed never mind dramas! You have other options wait until it's a male newsreader, read a newspaper, listen to the radio etc. if you miss the news does it mean you are missing out?

Islam being a global and last religion elaborates wider principles in which characteristics of both Halal and haram are clearly defined. After given broader principles the way of ijtihad is advised by ou religion by which with the collective wisdom of renowned islamic scholars of the time, decisions can be be made on all on going emerging and future issues in the context of haram & Halal boundaries. This way of taking decision is available in Hadith and will remain enforced till the end of this universe. If we evaluate watching of drama or movie in same parameters than it can be easily decided that if available texture in drama / movie fulfills criteria of Halal properties as i have seen a movie named The Messenger and few dramas in which islamic history is shown with all pre requisites of Islamic clothing, these types of films/movies are not Haram for Muslims. Likewise the movies / dramas of current productions having a texture of evil and indecency are not permissible in islam being containing haram texture..

Not the answer you're looking for? Browse other questions tagged halal-haram .

-1
Is watching movies or dramas is haram?