What is the interpretation of quran 5:17 and 5:72 "Surely those have disbelieved who said God is Messiah"?

I have read an article of Christianity which reads as follows:

I have never heard any Christian say or read in any theological book the formulation "God is Christ" or "God is the Messiah". The common formulation is that "Jesus is God" (and never, "God is Jesus") or "The Messiah is God".

The Qur'anic inversion of the word order is never used, and would, in fact, be wrong as the article What do we mean when we say "Jesus is God"? explains in detail.

This is not a modern idea, but one that has been held by Christians throughout the centuries. This was even noted by Muslim author Neal Robinson, who makes mention of an ancient Nestorian reference:

... The text which dates from around 550 CE. concludes a discussion of the Trinity with the words ‘The Messiah is God but God is not the Messiah’. The Qur'an echoes only the latter half of the statement. C. Schedl, Muhammad and Jesus (Vienna: Herder, 1978), p. 531. (Robinson, Christ In Islam and Christianity [State University of New York Press, Albany 1991], p. 197; bold emphasis mine)

Why then does the Qur'an invert the proper statement of the Christian faith?

The verse seems to means as though Christians only believe Jesus to be God which isn't the case since they believe God to be three persons? Can anyone correct me if I'm wrong? Anyone please clarify.

The one who is responsible to explain is the Christians themselves, not the Muslims. 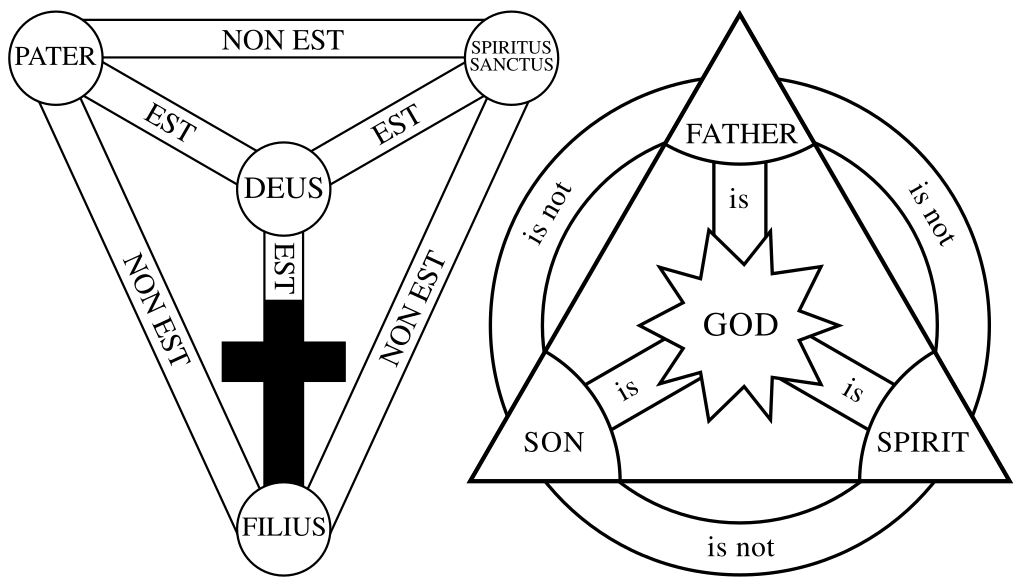 Christians look at God through three personas, from which they conclude that the three together make "god", but that theological claim is not believable for another "three" reasons:

The Qur'an inverted the Christian statement from "Christ is god" to "Allah is Christ" because:

Point 2 is empowered by the next verse:

They have certainly disbelieved who say, "Allah is the third of three." And there is no god except one God.

The Christians do not say "God is third of three", but Allah is explaining the belief to Christians by:

Are you saying that God is 1/3 of this trinity you believe in?

Because you know that Allah's name stands for Elohim, the Hebrew name of God in Judaism, who is also the father persona in the Christian trinity.

I hope this cleared up your confusion, but seriously you will never get any clue from Christians to explain a non-biblical belief like the trinity, and of course the Qur'an will not spare the case without a resolve.

Not the answer you're looking for? Browse other questions tagged quran prophet-isa .

1
Is God Jesus or Jesus is God?

10
What "book" is referred to in the phrase "People of the Book"?
8
Is it possible to interpret Surat An-Nisā':157 as allowing that Jesus was crucified?
8
Nulify the gospels?
10
Can Muslims consider Isa the "Spiritual" son of God?
3
Does the Quran have the wrong concept of Trinity in 5:116?
1
Why is Jesus called the son of Mary so many times?
8
Are there any Qur'anic verses that address atheists?
3
Does the Quran endorse the Bible?
0
Why Islam apparently incorporates stories in the religion which has nothing to do with muslims?
1
Is God Jesus or Jesus is God?