Picture of Animal on clothing [duplicate]

Ask Question
Asked 30 days ago
Active 30 days ago
Viewed 25 times
0
This question already has an answer here:
Is it haram to pray salat while wearing a shirt with the Polo Ralph Lauren logo (featuring someone playing polo on a horse)? (1 answer)
Closed 22 days ago.

Asalamualikum I recently purchased a t-shirt with the logo below ,is it permissible to wear as well as pray in it .Please shed some light . Jazakallah 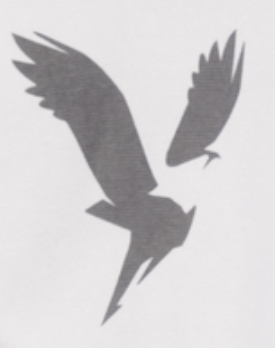 I hope you are doing well. So here are the following ahadith that mention about images (animate beings).


Hadith #2 "The Messenger of Allah [SAW] said: 'Whoever makes an image will be commanded on the Day of Resurrection to breathe the soul into it but he will not be able to do so.'" (Nisai)

'Aishah said: "The Messenger of Allah [SAW] went out, then he came in, and I had hung up a curtain on which there were (images of) horses with wings. When he saw it, he said: 'Get rid of it.'" (Nisai)

"Jibril, peace be upon him, asked permission to enter upon the Prophet [SAW] and he said: 'Come in.' He said: 'How can I come in when there is a curtain in your house on which there are images? You should either cut off their heads or make it into a rug to be stepped on, for we Angels do not enter a house in which there are images.'" (Nisai)


So as you will read online and from hadith #4 that if its animate object that to change its shape / structure to such a way that it would not constitute as a living being anymore.

However, with your picture it is the complete bird. So it still resembles a living creature in its entirety.

The prohibition which has been given is with regards to drawing animate objects which represents animal life. Hence, if you draw a human or animal figure and leave out its eyes etc., then this will not be permissible, because the figure still represents life, seeing that a human being can live without an eye, mouth or nose. So, it will not be permissible for you to draw a human or animal figure in such a manner that it represents life in the figure. Drawing these without the head is okay since life does not exist without the head. With respect to drawing impressions of a face in inanimate objects, this will not be allowed, since by doing so, you will be trying to put a type of human life in an object that does not have it, and this is strictly prohibited. And Allah knows best. Mufti Waseem Khan

With regards to your second question. There seems to be a disagreement whether allowed or not. In my opinion I would say your prayer would still be valid, however if the image is an image as quoted in the ahadith then you would be sinful for it. However, such as men wearing a gold ring during prayer your prayer is still valid. Because the validity is based on your wudu (ablution) and the other requirements of prayer.

In my opinion I would find some other image to have on our your clothes.


Have a nice day!

Not the answer you're looking for? Browse other questions tagged halal-haram .

5
Is it haram to pray salat while wearing a shirt with the Polo Ralph Lauren logo (featuring someone playing polo on a horse)?

13
What is the Islamic ruling regarding wearing charms or amulets?
3
Food with earnings from halal and haram money
6
Is it permissible for men to wear women's undewear because they are more comfortable and have better colors?
8
Is indirect help to a riba business haram?
1
Is it haram for women to wear trousers?
2
How can a male athlete accept gold medals at competitions?
1
Do we need to check whether things are haram when they probably aren't?
4
Latest views/ruling about egg donation between wives of same man?
0
Is it haram to wear a necklace?