During a visit to Medinah I interestingly saw the names of the twelve Shi'a Imams (i.e. of the Twelvers, the mainstream Shi'a) —peace be upon them— with their reputations, around two saloons of the mosque of the holy Prophet —peace be upon him— (مسجد النبوی); before that I didn't know that the Sunni brothers also accept such reputations for the twelve Imams of Shi'a.

Note the green circles at top of the walls: 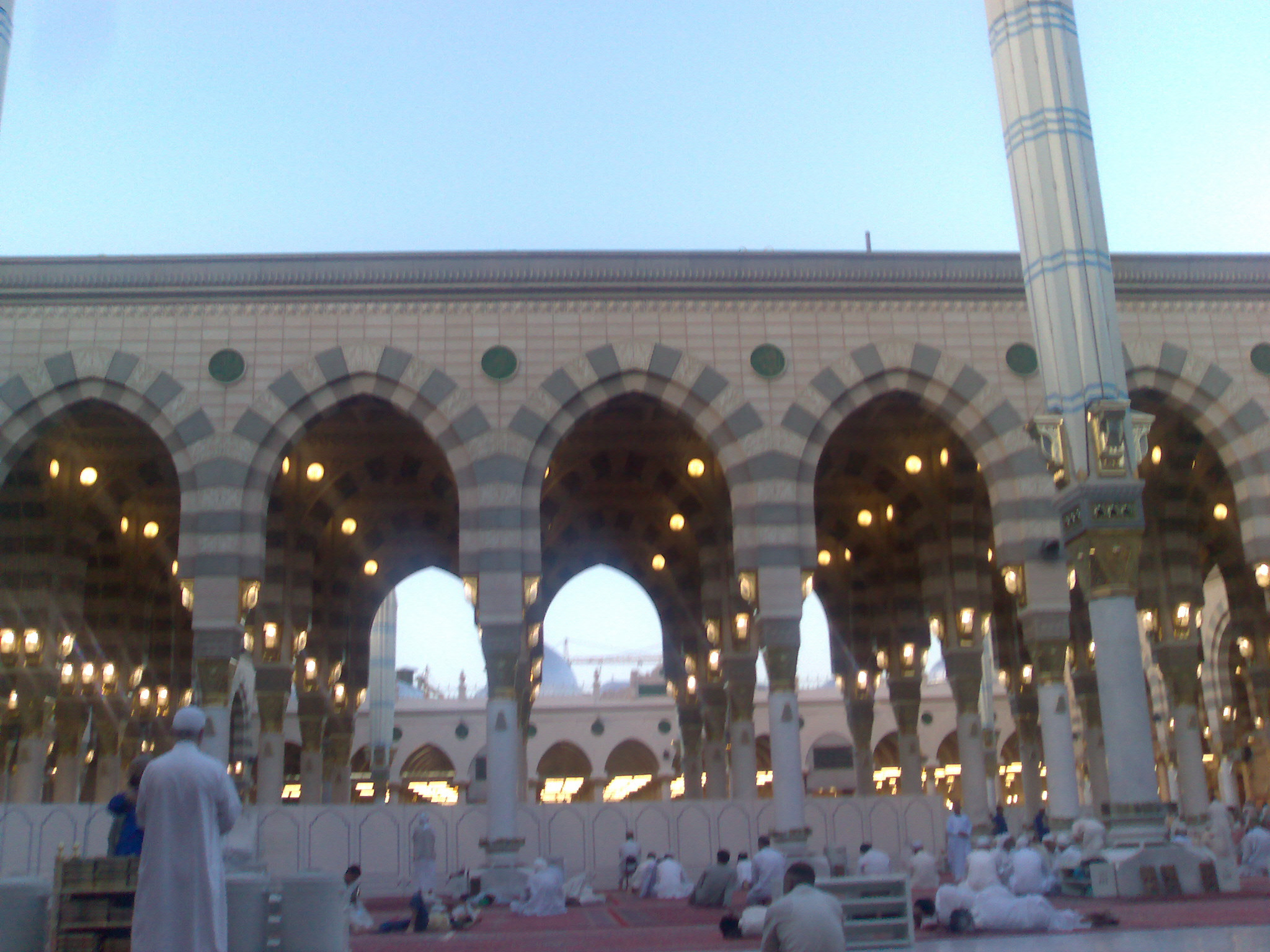 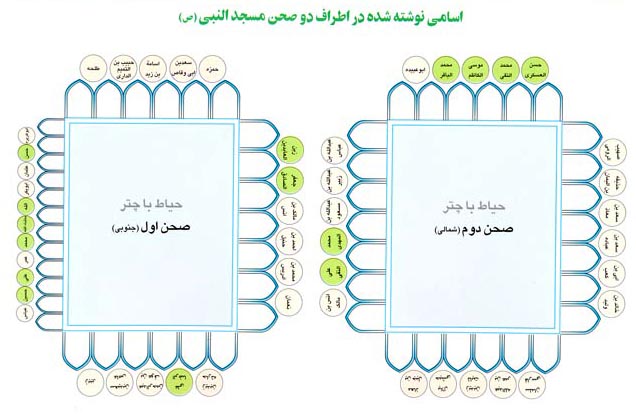 Are there any Sunni hadith that contains these names and reputations?

And although not necessary, it would also be helpful if such hadith would also address why the Twelver Imams are represented, but the Imams of other Shi'a sects are not (e.g. why Imam Kazim —peace be upon him— is considered here, but his brother Isma'eel is not).

The names of the Imams according to the sunni sources:

1- ‘Ali ibn Abi Taalib (may Allaah be pleased with him) who was martyred in 40 AH.

12- Muhammad al-Mahdi ibn al-Hasan al-‘Askari, whom they call al-Hujjah al-Qaa’im al-Muntazar. They claim that he entered a tunnel in Samarra’, but most researchers are of the view that he did not exist at all, and that he is a Shi’i myth.

Ibn Taymiyah (may Allaah have mercy on him) divided the Imams of the Ithna ‘Ashari Shi’ah into four categories:

3 – ‘Ali ibn Moosa al-Rida, Muhammad ibn ‘Ali ibn Moosa al-Jawaad, ‘Ali ibn Muhammad ibn ‘Ali al-‘Askari, and al-Hasan ibn ‘Ali ibn Muhammad al-‘Askari. Concerning them, Shaykh al-Islam (Ibn Taymiyah) said: They did not show a great deal of knowledge such that the ummah might benefit from them, nor did they have any authority by means of which they could help the ummah. Rather they were like any other Haashimis, they occupy a respected position, and they have sufficient knowledge of what which is needed by them and expected of people like them; it is a type is knowledge that is widely available to ordinary Muslims. But the type of knowledge that is exclusive to the scholars was not present in their case. Therefore seeks of knowledge did not receive from them what they received from the other three. Had they had that which was useful to seekers of knowledge, they would have sought it from them, as seekers of knowledge are well aware of where to go for knowledge. Minhaaj al-Sunnah (6/387).

4 – Muhammad ibn al-Hasan al-‘Askari al-Muntazar (the awaited one). He did not exist at all, as stated above.

The anonymous user made me take notice of something really important that need to be mentioned here. The 11 Imams according to Sunnis are not considered Shia at all. But they are considered Sunnis Imams who had much respect and love to Abu Baker and Umar (RA). Sunnis believe that the 2nd group of Imams were Sunni scholars and in no way had Shia hadiths.

An important proof from the Sunni sources, when some people came to the Imam Zayd ibn ‘Ali asking him about Abu Baker and Umar. He said: We love them and think they are in Jannah. So these people deserted him because of his statement. Hence the word Rafida(deserters) came from this incident and Sunnis call the 12 Imams followers Rafidis

4
Did Muawiyah ibn Abi Sufyan become the ruler of Muslims in a legitimate way?
3
Is it OK to put Radiyallahu Anhu after Muawiya bin Abu Sufyan who was not a rightly guided caliph?
5
Relation between the Ahl Bayt and Ahlu Sunnah in the early days

18
Why is the jurisprudence (fiqh) of Sunni Muslims different than Shia Muslims? (Sunni View)
2
Sunni view about Hazrat Ameer Mukhtar
3
Is the rank of Imams (spiritually) higher than other prophets? (Except Prophet Mohammad (s)) (Shia view)
5
Is Sunni versus Shia the main division in Islam?
1
What is the Shia view of Abdullah Ibn Umar?
2
What is the view of Sunni brethern about apointment of caliph?
7
What is the difference between Shia and Sunni Islam?
1
Is there a Shia book that analyses all Sunni hadeeth or raavi (narrator of hadees)
0
Do twelver shia really say one imam stays silent regarding divine guidance when 2 are present?