Are both spellings the same and correct in Quran?

Regarding elongation marks: Do scholars allow to have different categories of elongation marks in Quran ? In terms of pronounciation, it is pronounced exactly the same. What I mean by it in an example (Pay attention to ٱلۡعَٰلَمِينَ):

https://myislam.org/surah-fatiha-translation/ and my Quran home:

After the ‘Ayn there is a small Alif in the first one and in the second one there is a big Alif.

Is this allowed by scholars, because I taught the orthography of the bigger letters was always the same (without the harakat and the smaller elongation marks etc.).

In modern Arabic the correct spelling would be:

But this is not the way how the Sahaba wrote it more than 1400 years ago.
The picture below shows (a copy?) an early version of a hand written copy of surah al-Fatiha -I've marked the corresponding word: 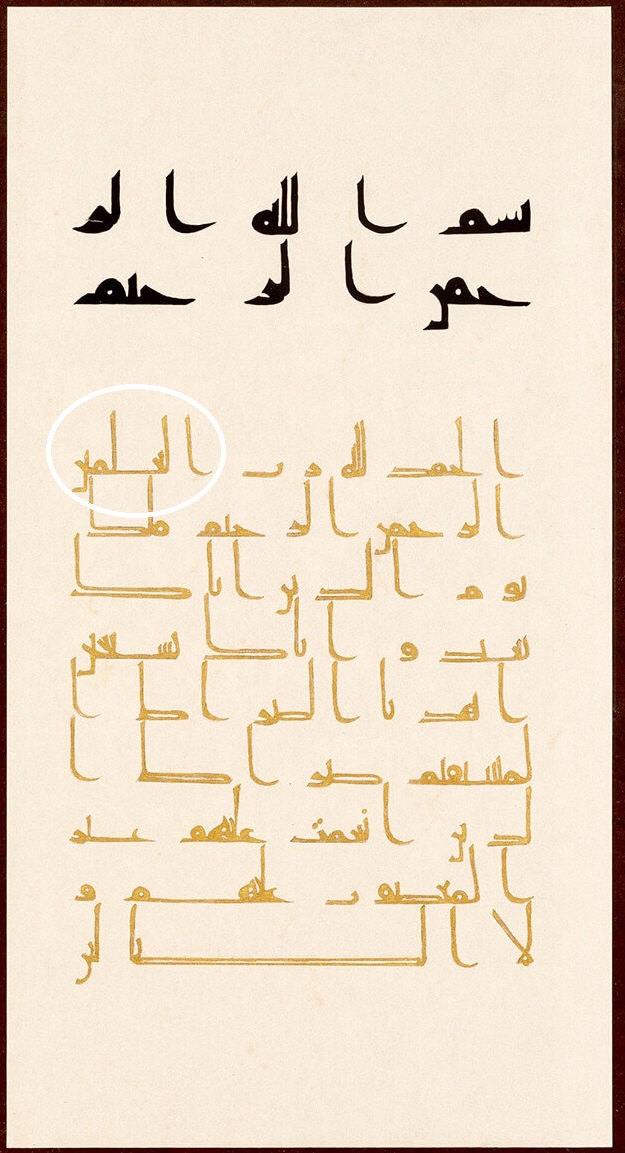 This corresponds to writing the word al-'Alameen العالمين without alif in the middle:

Therefore only the second one is conform to the Rasm al-'Uthmany unless it appeared in other copies of al-Moshaf al-Imam and was confirmed by scholars of rasm like abu 'Amr ad-Dani -who as far as I know is among the last scholars that have seen most (if not all) of these copies himself-. And only this is allowed to be used in a Moshaf according the majority view. Some scholars allow to add a pending alif in order to show for examples different qira'at, which is usually practiced in nowadays copies.

Mainly there are three known views about whether or not the rasm is binding:

For further information take a look at the following posts:
How many spellings do exist for Quran's text? How many rasm-al-mushaf do we have?
How many writing styles of Mushaf Quran that exist?
Is it allowed to erase Harakat or Waqf marks from the Quran?
Different versions of Arabic Qur'an

6
How many writing styles of Mushaf Quran that exist?
6
Different versions of Arabic Qur'an
4
How many spellings do exist for Quran's text? How many rasm-al-mushaf do we have?
1
Is it allowed to erase Harakat or Waqf marks from the Quran?

3
What is the correct word for a disbeliever?
20
What are the readings (qira'at) of Quran?
6
Are Mecca and Becca the same places? Same meaning?
4
Can we complete quran by reading from book and then from device
0
Reading Quran with mistakes and rewards?
0
How are these spellings pronounced in the Quran?
0
What is the meaning of „The Seven Mathani“?
2
Why does the word Hypocrite and Spending share same root in Arabic?