A Shi'a is asking about the following Hadith from Musnad Ahmad (25914) and Mussanaf Abdur-Razaq (Page, 79). He is saying that the isnad of these both Hadiths are authentic, according to the conditions set by Imam Bukhari and Imam Muslim. Can someone please explain this? 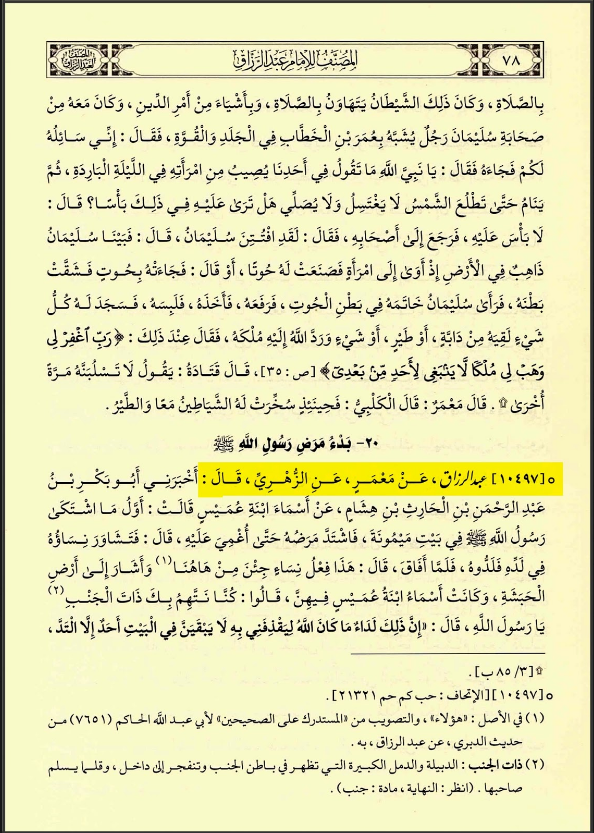 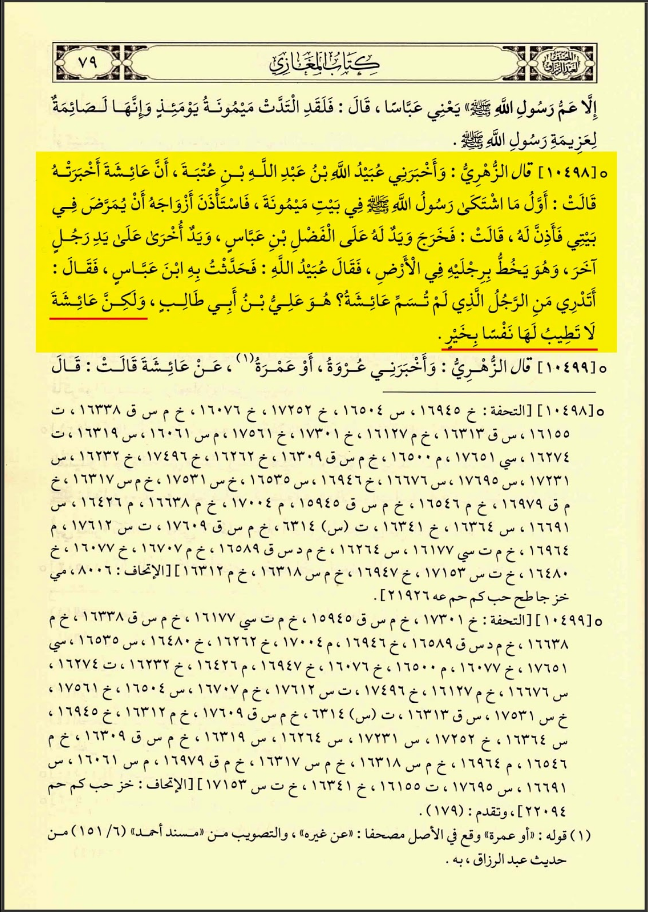 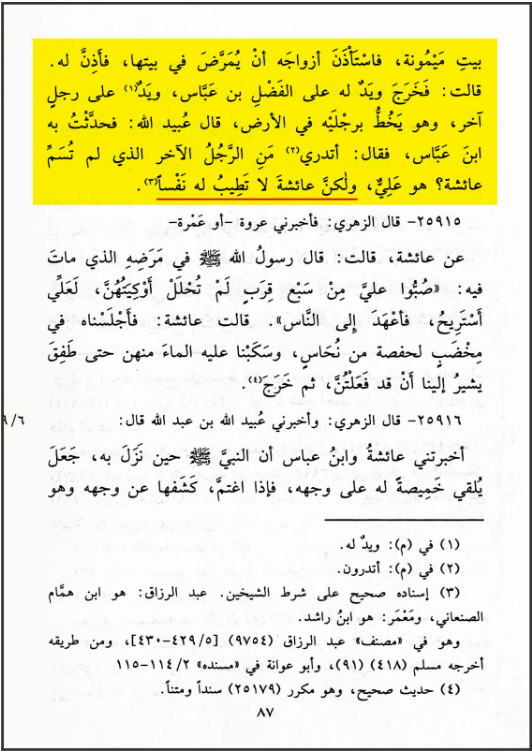 CAN SOMEONE PLEASE EXPLAIN?

This hadith is narrated in Bukhari and Muslim:

Narrated from ... from Ma'amar from al-Zuhri from Ubaidullah bin Abdullah from Ayesha:

When the Prophet (ﷺ) became seriously ill and his disease became aggravated he asked for permission from his wives to be nursed in my house and he was allowed. He came out with the help of two men and his legs were dragging on the ground. He was between Al-Abbas and another man."

Ubaidullah said, I told Ibn Abbas what Aisha had narrated and he said, 'Do you know who was the (second) man whose name Aisha did not mention'

However other collections record an addition at the end such as:

Which means that Ayesha was displeased with Ali and did not not make any complimentary mention of him. It is this addition that is underlined in your image.

This is speculation by one of the narrators of the hadith, or maybe even by Ibn Abbas. However it is only speculation and there are other possible explanations, e.g. she could have forgotten or have been unable to see him clearly, or could have omitted the name because some traditions imply that the second person changed.

As for the assumption that Ayesha disliked mentioning the name of Ali, then this is unlikely or at best may have been a temporary quarrel, as there are ahadith in which she mentions him in favorable terms, such as:

I came to A'isha and asked her about wiping over the socks. She said: "You better go to Ibn Abi Talib for he used to travel with Allah's Messenger (ﷺ) ... "

Go to Ali, for he knows more about that than I do.

Aisha said: The Prophet ﷺ went out one morning wearing a striped cloak of black camel hair ... then Ali came and he enfolded him in it then said: "Allah intends only to remove from you the impurity [of sin], O people of the [Prophet's] household, and to purify you with [extensive] purification." (33:33)

Not the answer you're looking for? Browse other questions tagged hadith sunni uloom-al-hadith shia-sunni sahaba .

23
Why do the Shi'a have different hadiths?
23
Can any hadith truly be called sahih anymore?
5
Is Musnad Ahmed a book of Sahih Ahaadith?
1
Necessity for a muslim to learn how to swim
3
The description of Al Dabbah, the beast from the earth with the ring of Solomon staff of Moses?
2
Which hadiths do Muslims find authentic?
0
What is the authenticity of this narration that says that Ibn Abbas said that Jesus (Alayhisalam) has died or will die?
2
Hadith verification Test Procedure
1
What Is The Status Of This Narration About Imam Mahdi?