Sa'eed Bin Mansur can be found in Sahih Muslim 1350c, 2382b, 1252a, etc. He is also found in narrations that are present in other collections like Sunan Abu Dawud, Adab Al-Mufrad, Musnad Ahmad, etc. Since all the narrators of Sahih Muslim are Thiqa (Trustworthy), this suggests that Sa'eed Bin Mansur is also a trustworthy narrator. But why did Ad-Dhahabi declared him as weak in Mizan Al-Itidal? Here is an excerpt from Mizan Al-Itidal (See highlighted text in red):- 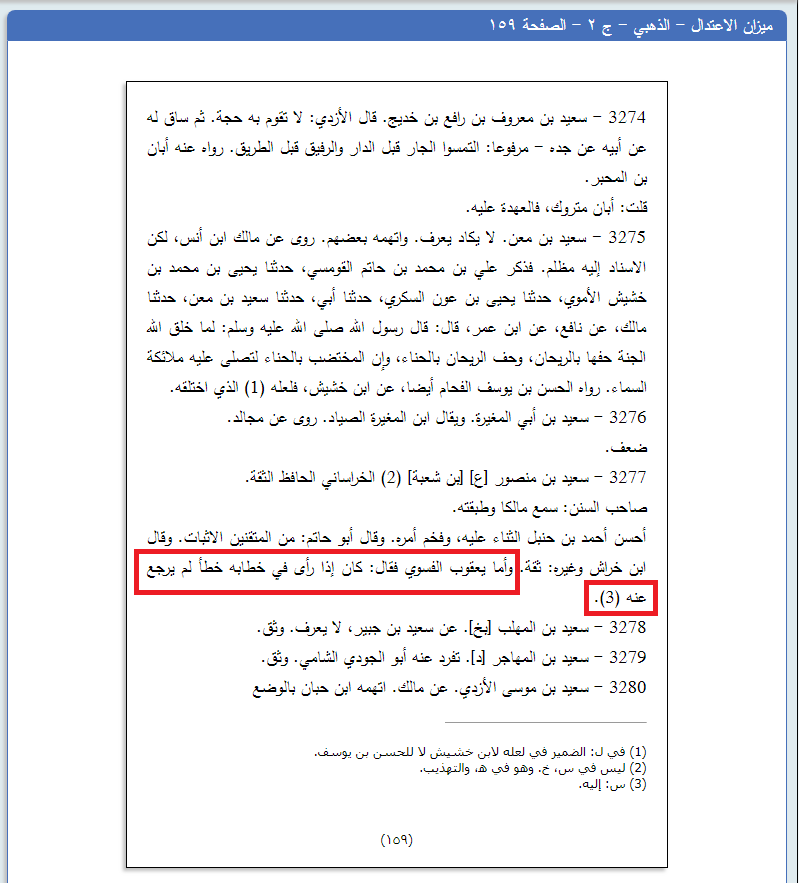 Which means:- As for Yaqub Al-Faswa, he has stated, "If he saw a mistake in his (Sa'eed Bin Mansur's) speech, he did not rectify it."

So if Sa'eed Bin Mansur made mistakes, then why is he considred thiqa (trustworthy) by Imam Muslim and why did Imam Muslim included his narrations in his Sahih collection?

Browse other questions tagged hadith authenticity uloom-al-hadith ilm-ar-rijal or ask your own question.

11
What are the requirements for the acceptance of a hadith from a narrator?
3
What are the terms in which a weak (Da'if) Hadith can be strengthened?
3
What is an example of a hadith that is sahih in chain but not sahih in content?
1
How can scholars of Jarh and ta'adil be certain about the identity of a narrator?
2
What Is The Status Of Narrator Minhal Ibn Amr? Did Scholars Really Rejected His Narrations?
1
Is the narrator “Maslama bin Abdullah bin Urwa” the same person who is “Maslama bin Abdullah Juhani”?
0
What Is The Status Of Narrator “Abdul-Rahman Bin Abi Bakrah”?