worldly reward after their death? 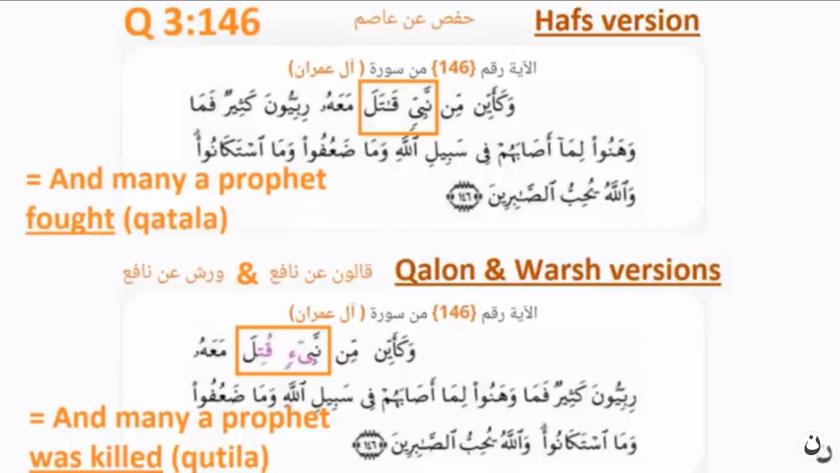 and this can be explained that in both variants for the people who fought & died alongside the prophets Allah(swt) loved them.

So Allah gave them the reward of this world and the good reward of the Hereafter. And Allah loves the doers of good.

now this can be explained in the Hafs variants as Allah(swt) gave them victory but how about the Qalon & Warsh how they got their worldly reward after they were killed?

Well in both cases people died, as the verse describes a battle. And the verb qatala قاتَل -qira'a/reading of the scholars of al-Kufa and imam ibn 'Amir and imam abuJa'afar according to al-Qurtobi- doesn't exclude that somebody would die as it is in the case of qutila قُتِل. In the case of the qira'a of imam Nafi' (and all other scholars) many of them died, while others remained alive. In both cases those who die will get a reward in the hereafter and those who remain alive will get a reward in this life and in the hereafter.

In summary all people involved in this battle will get two kinds of reward or at least one of both rewards. In this verse the "wa وَ" must rather be understood as an "or" than an "and"!

Off topic:
Note that the differences in the readings in the verse (3:146) reach more than 5 if we only take a look on how

this could easily reach 10 or more options.

Not all of the believers got killed. The verse is talking about the survivors, how they did not give up hope even after the martyrdom of their prophets and scholars, and they were eventually rewarded with victory .

Not the answer you're looking for? Browse other questions tagged quran tafseer quran-translation .

11
Who are Sabeans?
4
Who are the contemporary Ar-Rum?
4
Does the corn parable in the Noble Qur'an incorrectly represent corn plants?
1
Knowledge of religion without Language?
1
What is the meaning of Qur'an verses 59:16 and 59:17
0
What to do if your parents try to enforce you to lie?
3
In Qur'an 7:161, why is "say the word of humility" translated in various ways?
1
How many times do we live after death?
0
Is there any more verse in The Holy Quran, Which are refer/indicate to The Grave Punishment?