Is Hajj a pagan worship?

The ritual of pilgrimage (Hajj) was a pre-Islamic practice, which we do not find in Christianity or Judaism. Islam adopted it in almost the same form as it was done before. Can someone explain to me that it is not a pagan worship? This would tell me that while pagans were doing everything wrong, this was the only thing they were doing right! but to the wrong person. How can they do such a complicated ritual right. Why Jews and Christian have no such practice, where does it come from?

My main question is in what way Hajj is not a pagan worship. Explain please.

If we look only at the time the prophet Muhammad (PBUH) was selected by God, it seems that Hajj was some ceremony of pagan (Mushrik) worship, but if we look back in the history we will find Hajj to be rooted in worship of the unique God, Allah.

Most of the Hajj comes from what Ibrahim (PBUH) - one of the greatest prophets of Allah - and his family did. According to the order from God, Ibrahim moved his wife - Hajar - and his infant son - Ismail - to a wasteland called Makkah and left. Ismail was thirsty and Hajar started to look for water in that desert. 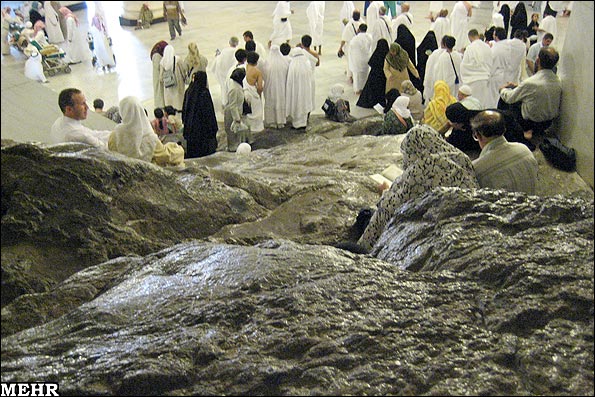 During repair of Ka'ba - the building that originally was built by Adam - Ibrahim climbed on a stone - called now مقام ابراهيم - that is now the sign of the place to pray after Tawaf. The footprint of Ibrahim is still on it. 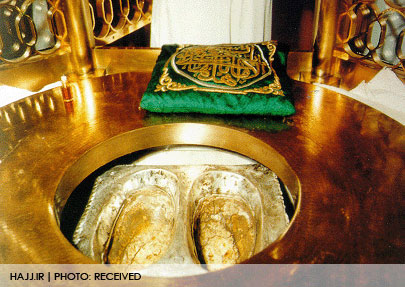 We kiss Hajar-Al-Aswad as the holy stone from heaven. Its history goes back to Adam (PBUH). 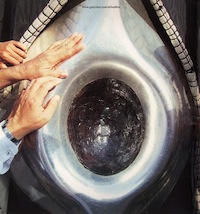 The sheeps are sacrificed on Eid-al-Adha just as Ibrahim did. Stoning devil was also what Ibrahim performed on the same day, going to sacrifice Ismail when he was tempted by Satan not follow the order of God. 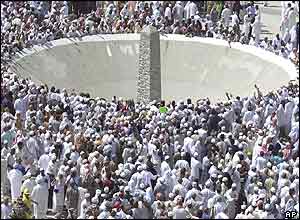 So belief in the unique God was the origin of what we do during Hajj. It was modified later by the Mushrik (polytheist) people - such as putting idols in Ka'ba or doing Tawaf without any clothes. But later prophet Muhammad (PBUH) saved the original practices of Ibrahim, removed the signs of Shirk from Hajj, and made it what we do now.

If I understand your question correctly, below verse explains your point.

You commit no error by seeking provisions from your Lord (through commerce). When you file from `Arafaat, you shall commemorate Allah at the Sacred Location (of Muzdalifah). You shall commemorate Him for guiding you; before this, you had gone astray. You shall file together, with the rest of the people who file, and ask Allah for forgiveness. Allah is Forgiver, Most Merciful. Once you complete your rites, you shall continue to commemorate Allah as you commemorate your own parents, or even better. Some people would say, "Our Lord, give us of this world," while having no share in the Hereafter. Others would say, "Our Lord, grant us righteousness in this world, and righteousness in the Hereafter, and spare us the retribution of Hell." [2:198-201]

The ritual of pilgrimage (Hajj) was a pre-Islamic practice, which we do not find in Christianity or Judaism. Absolutely true, don't see a problem.

Islam adopted it in almost the same form as it was done before. Can someone explain to me that it is not a pagan worship?

This is where you are wrong. The Quran clearly states that the pagans worshiped at the House with whistles and claps. All of the rituals associated with Hajj(except black stone) are in the Quran in detail. It is a RE-Institution of Monotheistic Abrahamic rites in Muhammad's locality. The Quran never says that Abraham or Ishmael went to Arabia.

The pagans were doing this specific act before Islam. But realize, Allah NEVER said it is a Requirement of Hajj, unlike many other explicit rituals. The Arabs who converted could still do what they did their entire lives, but it is in NO way a Hajj requirement from Allah. Salam.

Not the answer you're looking for? Browse other questions tagged hajj worship ritual or ask your own question.

3
When does hajj become farz?
2
What is worship (ibadah)?
0
Worshipping a black stone, a pagan tradition?
2
What happens if you kill someone during Hajj?
2
How many times is hajj fardh?
2
Is there an Alternative to hajj
1
Who can finance Hajj for parents?
1
Can Women Wear Niqab at Hajj?