This is the hadith:-

It was narrated from 'Aisha that the Prophet (ﷺ) heard some sounds and said:

"What is this noise?" They said: "Palm trees that are being pollinated." He said: "If they did not do that it would be better." So they did not pollinate them that year, and the dates did not mature properly. they mentioned that to the Prophet (ﷺ) and he said: "If it is one of the matters of your religion, then refer to me."

Okay now, why did Rasulullah (sm) tell them to not pollinate the plants?

If he didn't know about matters outside the sphere of religion, why did he comment about it in the first place?

I got the hadith from this video.

If there's any problem in my question please inform me. Thanks!

Firstly, where is the "wrong explanation about science"? You are assuming that the Prophet said that no pollination at all is better, however the Prophet is only talking about human assisted pollination.

Dates are also pollinated naturally by wind and insects. Its effectiveness depends on different factors, including climate (flow of wind), proportion and placement of male trees to female trees etc.

In some cases the wind and proportion of male trees is such that natural dispersion is adequate to pollinate all female trees which then bear fruit, manual pollination does not bring any improvement above what nature is already doing.

However in some case, the wind-flow is poor or male trees are extremely few in proportion to females, so without manual pollination many of the female trees remain unpollinated, causing a very poor yield. In this case manual pollination can cause a great improvement in yield, especially since most of the trees are fruit-bearing females.

Next, these Hadith are from Sahih Muslim: 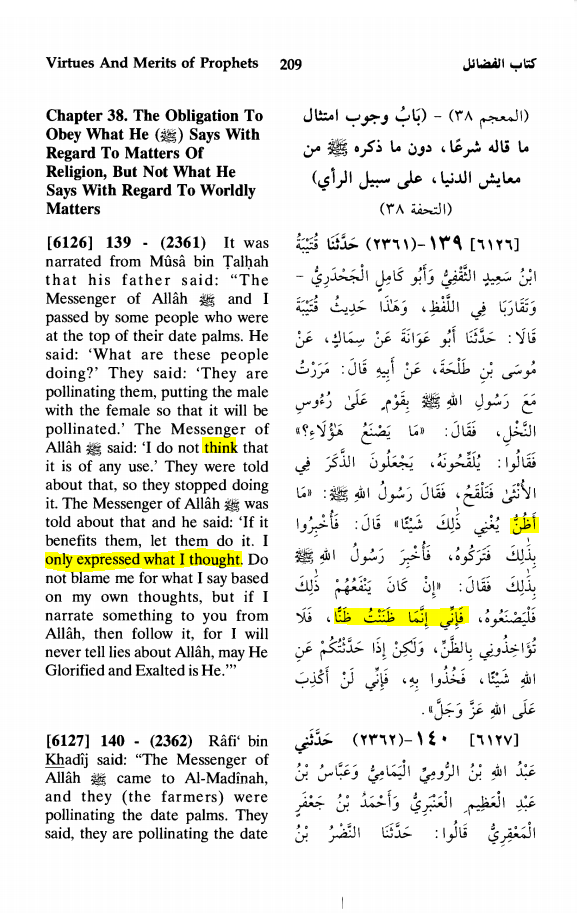 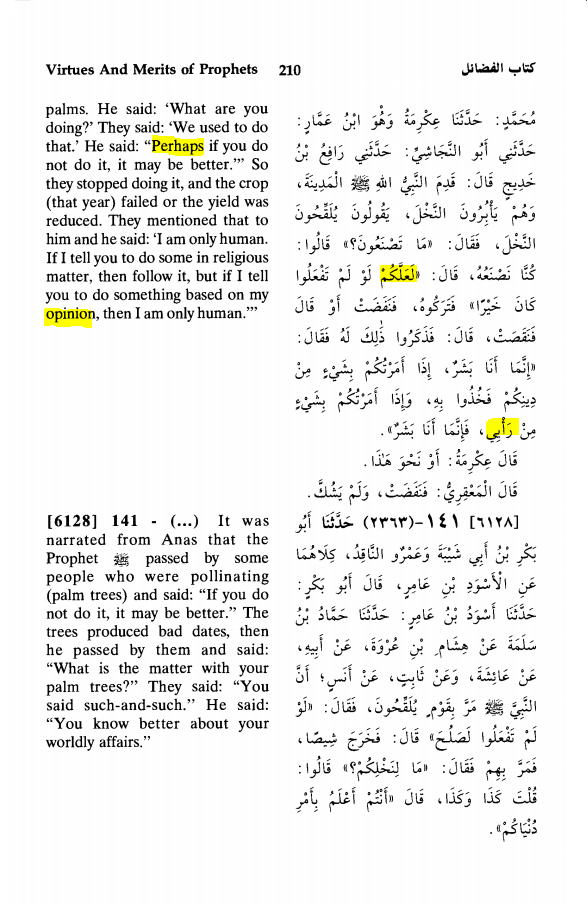 The Prophet did not imply that he was sure of it, he expressed his thought أَظُنُّ and showed uncertainty with perhaps لَعَلَّكُمْ. He was making a hypothesis and left room for it to be incorrect. His opinion may have been based on past observation of date palms that produced fruit without requiring manual pollination, as he was a migrant from Mecca.

Thirdly, the Prophet is a human being, he only knows of the unseen what Allah has taught him, and Allah has not sent revelation about every matter and left many worldly affairs to discovery and consultation, if you read seerah you can see many examples of him consulting with his companions and at times taking their opinions against his own, e.g where to fight in Uhud and how to defend in Ahzab and whether to agree on a tribute etc.

1
Hadith about Dajjal One Eye Lord is not one Eyed?
3
How did 'Abdullah know that Muhammad answered the questions correctly?
5
What does the hadith about Paradise surrounded with hardships and Jahannam surrounded by desires mean?
2
Why was the Prophet (ﷺ) afraid that Allah would throw a person in the Fire?
2
Did the Prophet (SAW) have a sex slave?
2
Is it permissible to make a Quranic Dua in prostration?
0
Meaning of Hadith on Girl and Boy urine
0
Authenticity of hadith about the sun?