Does the architectural style typical of most traditional Mosques represent the five pillars of Islam? Prime example, the four towers in corners and a central point? I don't literally mean "pillars", but symbolic. 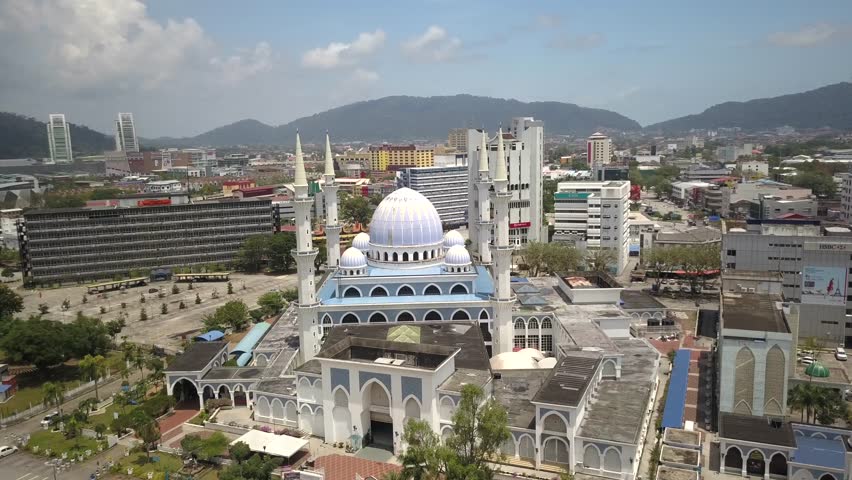 No there's no connection between the five pillars and the architecture of traditional mosques unless we interpret into it.

Nafi' reported on the authority of 'Abdullah (Allah be pleased with him) that Allah's Messenger (way peace be upon him) did not touch but the Stone and the Yamani corner.
عَنْ نَافِعٍ، عَنْ عَبْدِ اللَّهِ، ذَكَرَ أَنَّ رَسُولَ اللَّهِ صلى الله عليه وسلم كَانَ لاَ يَسْتَلِمُ إِلاَّ الْحَجَرَ والرُّكْنَ الْيَمَانِيَ. (Sahih Muslim)

Nevertheless رُكن (singular of الاركان) also means pillar as it is defined as what ever corner/border/wall that supports something (see for example 11:80):

Beside the usual mosque has only one tower only the Mamluks and Othman's started to add additional towers (up to seven in the al-Masjid al-Haraam). Which partly are not meant to be used for the prayer call, which is rejected by some scholars.

Not the answer you're looking for? Browse other questions tagged masjid five-pillars or ask your own question.

3
Why do mosques use geometric tessellations as decoration?
6
What is the opinion of Islam regarding the attendance of women in mosques? (is it Mustahab or Makruh)?
4
Why is “doing righteous deeds” not a pillar of Islam?
3
What does the circular (sometimes crescent-like) symbol on top of Islamic Minarets and Domes represent?
2
Can I believe in Allah without being muslim?