What was the justification for attacking or fighting the Persians in 'Iraq by the Caliphs Abu bakr and 'Omar?

I mean fighting for the ridda wars at least seems obvious.

People have refused to pay Zakat and became against the Muslim rulers by for example following the false prophets like Musailimah and Sajjah.

But what is the correct justification (or historical background) for attacking 'Iraq?
If these were preventive strikes, so how did the Muslims come to know about any attack or conspiracy?
If not what was the motivation?

I wonder if jizya played a role... Especially when one reads that many sahaba have became rich.

The justification was that they were following the commands of the Quran, among them:

O you who have believed, fight those adjacent to you of the disbelievers

As the Persians and Romans were those adjacent to the Muslims during the caliphates of Abu Bakr and Umar.

In this verse Allah informs us about how to wage Jihad, that it should be begun with the closest enemy and then the next closest should be engaged and so on. This is why the Messenger of Allah ﷺ began with Arabia and when he was done with them, he engaged the Romans who were in Sham.

Therefore the Caliphs began with the conquest of Sham, then Iraq, then Persia, then Egypt, then Africa, then Andalus

Similarly you can consult other Tafsirs like Ibn Kathir.

Furthermore, conquering Persia was in accordance to the will of the Prophet Muhammad ﷺ:

How would you be, O people, when Persia and Rome would be conquered for you?

I think what people wrongly think about ancient times (and by extension the times of the Islamic Conquests) is that peace was always assumed. Nowadays, we have the UN and a lot of International Conventions that make it so that war has to be declared, but in previous times, war was not declared, peace was declared.

So, if there are two empires and there is no peace treaty between them, they are at war. They will both rob the other's caravans, they will both attack whenever it is beneficial to them, and they will both strive to destroy each other.

So, I want you to imagine yourself in the shoes of Abu Bakr (RA), before he gave the order to invade Persia. Islam was in an active campaign against the Roman Empire already which was impossible to avoid considering that the Arabs relied heavily on trade with Syria, and if Syria was under control of a hostile empire... Rome would hold an uncomfortably large amount of influence over the new Islamic State.

So, the inevitable result of the war with Rome is: 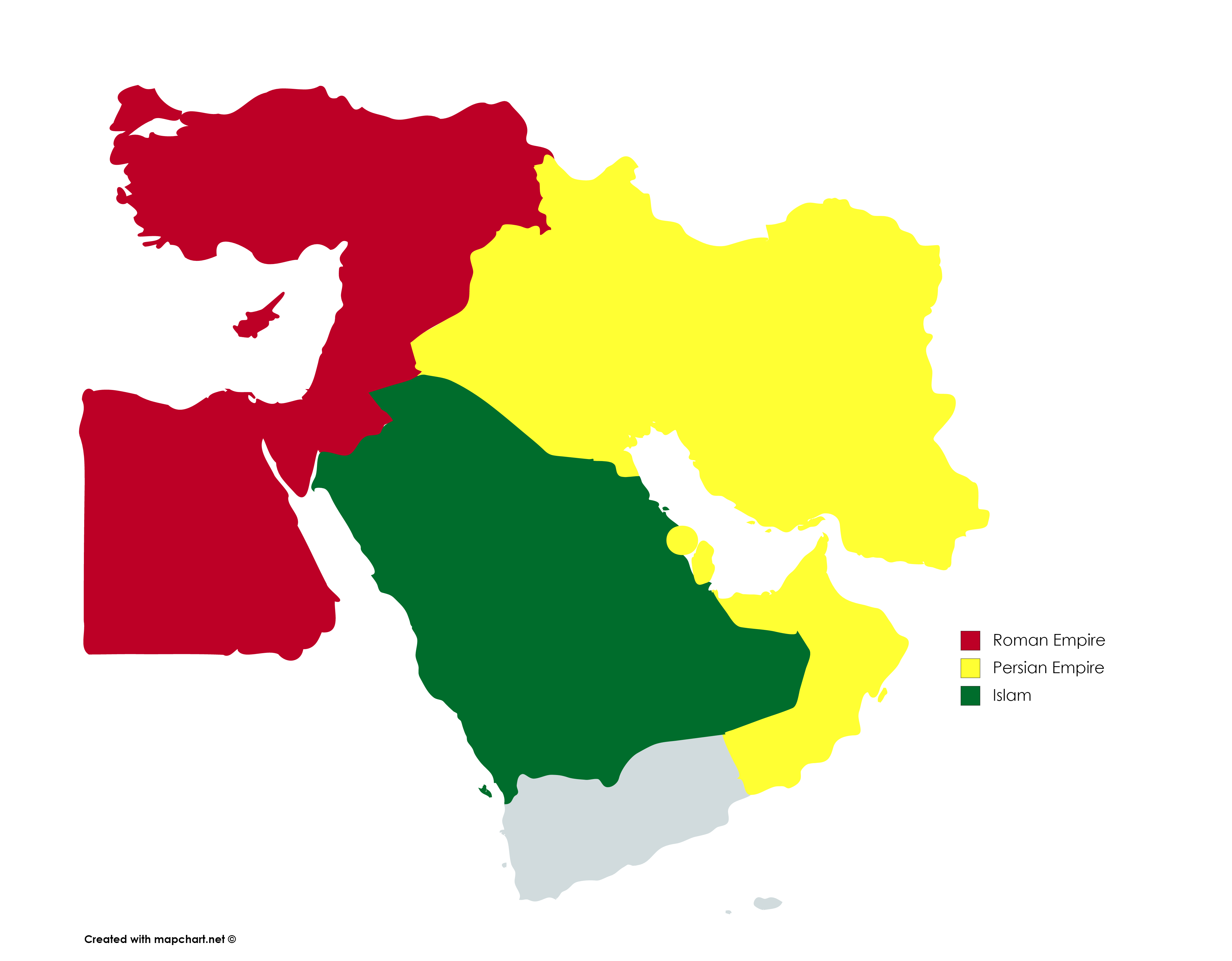 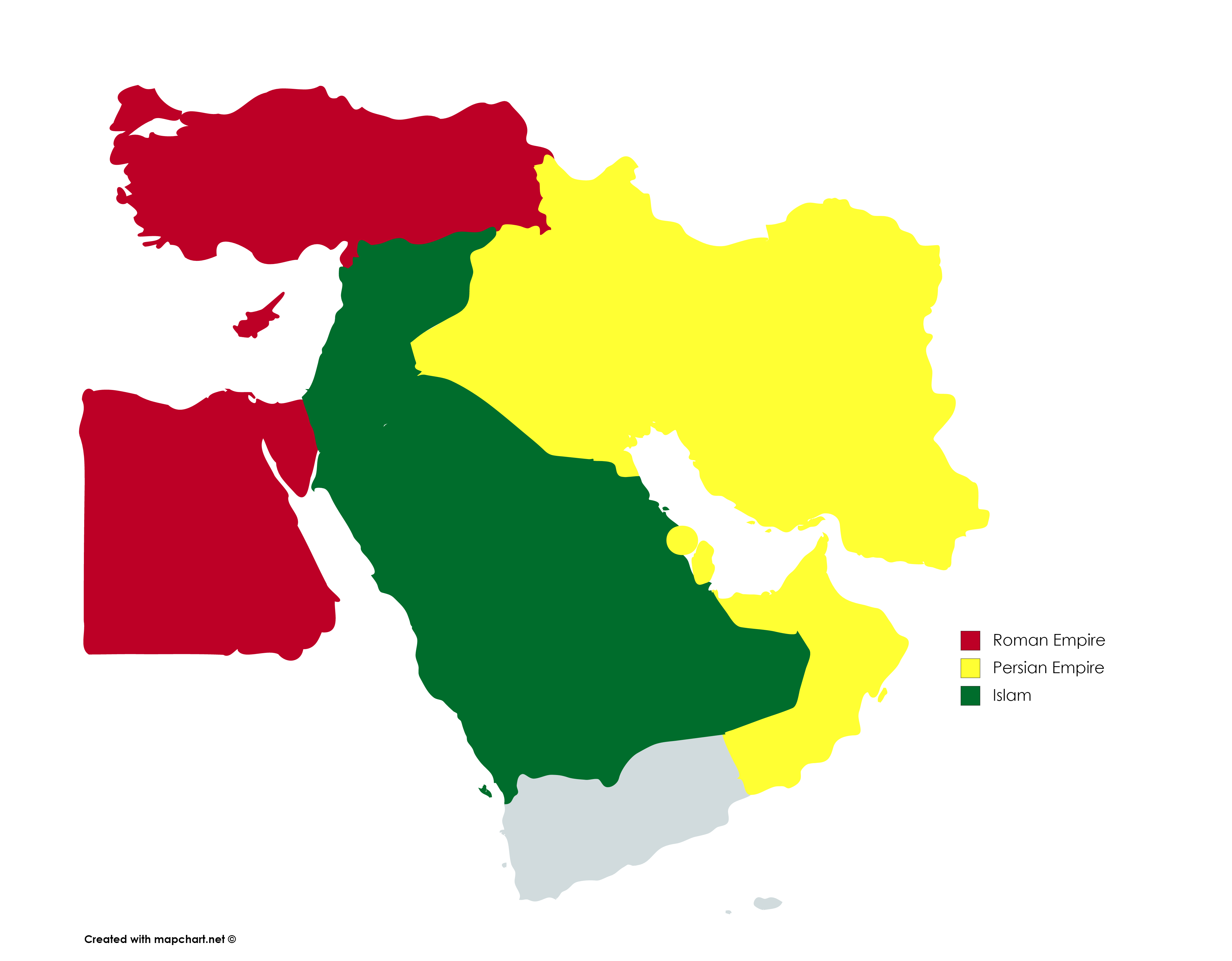 At this point, both Rome and Islam would come to a rest because of tiredness. But, Islam's geopolitical position is very bad. Now it shares the largest border with Persia, so Persia will undoubtedly attack Islam just like it fought with the Roman Empire for centuries. Furthermore (even with a peace treaty) as soon as Rome rebuilds it will attack Islam to get back Syria and perhaps even to end the whole Islamic threat altogether by taking over Arabia. 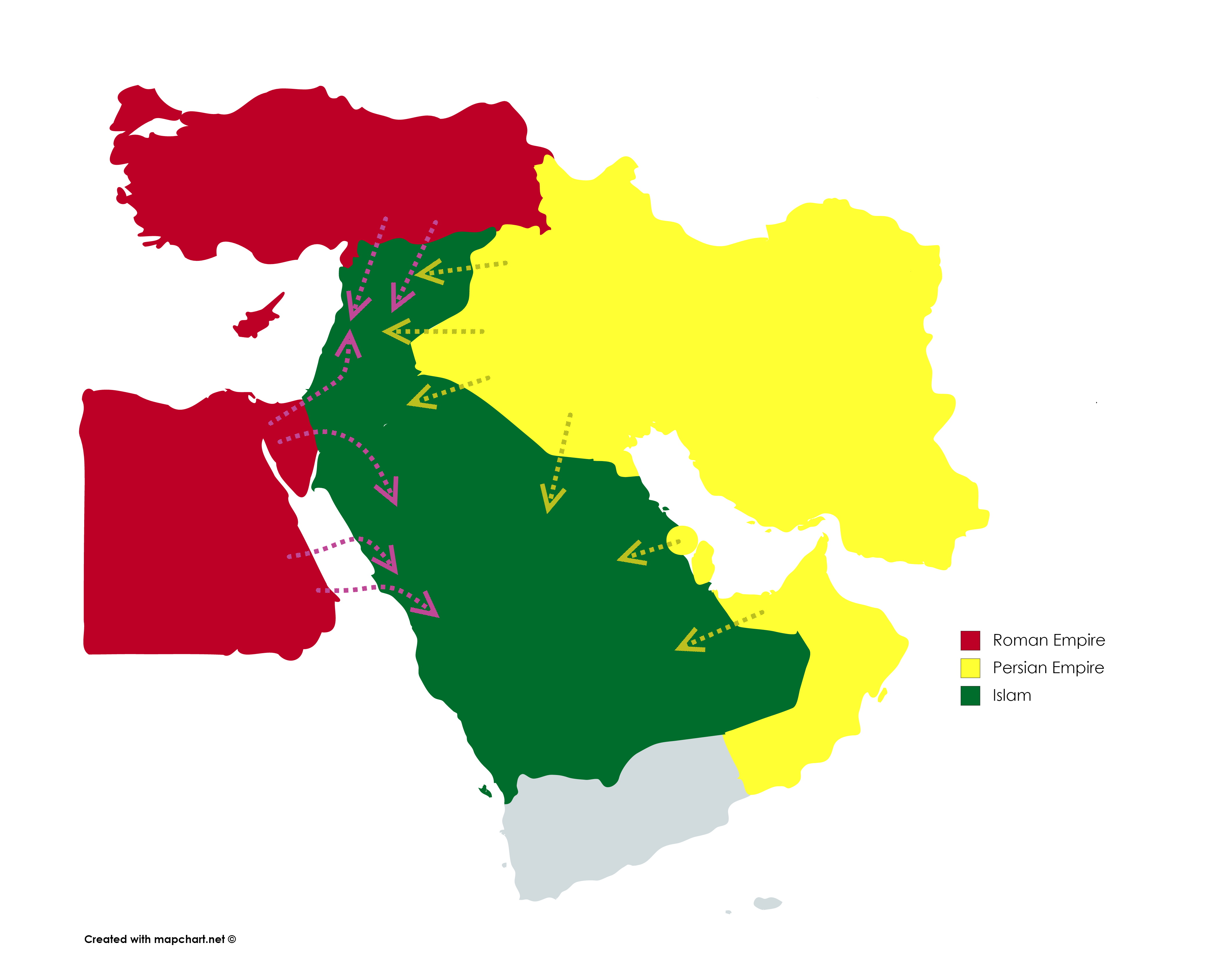 So, it was utterly unsustainable to only hold Syria. It was too narrow of an area and surrounded from all sides to effectively defend. So, imagine if you, being in Abu Bakr (RA) shoes, had the opportunity to widen that narrow piece of land to include a much more defensible mountainous and prosperous region, namely Iraq.

And to attack it, you don't need to break any peace treaty because there is none, and it is an empire who is threatening the Arabian Peninsular region as well. And the only reason that empire hasn't already attacked you is that it is currently in the middle of instability which also means that it would be easy to attack.

There is a saying:

It is not bravery but rather stupidity to let your opponent pick up his sword.

Do you want to let the Persian Empire come back to its full strength when you have the choice to stop it from happening?

So, when you live in their world, you have to understand that there is no UN. Peace is not assumed like it is today. There is only one certainty: empires expand.

Also, Abu Bakr (RA) never intended to destroy the Persian Empire. He only wanted to have a defensible position for the Muslims, a position where Arabia is not under constant threat. It was out of geopolitical necessity that he invaded Iraq. And if he had not, Islam would not exist today in any meaningful way. 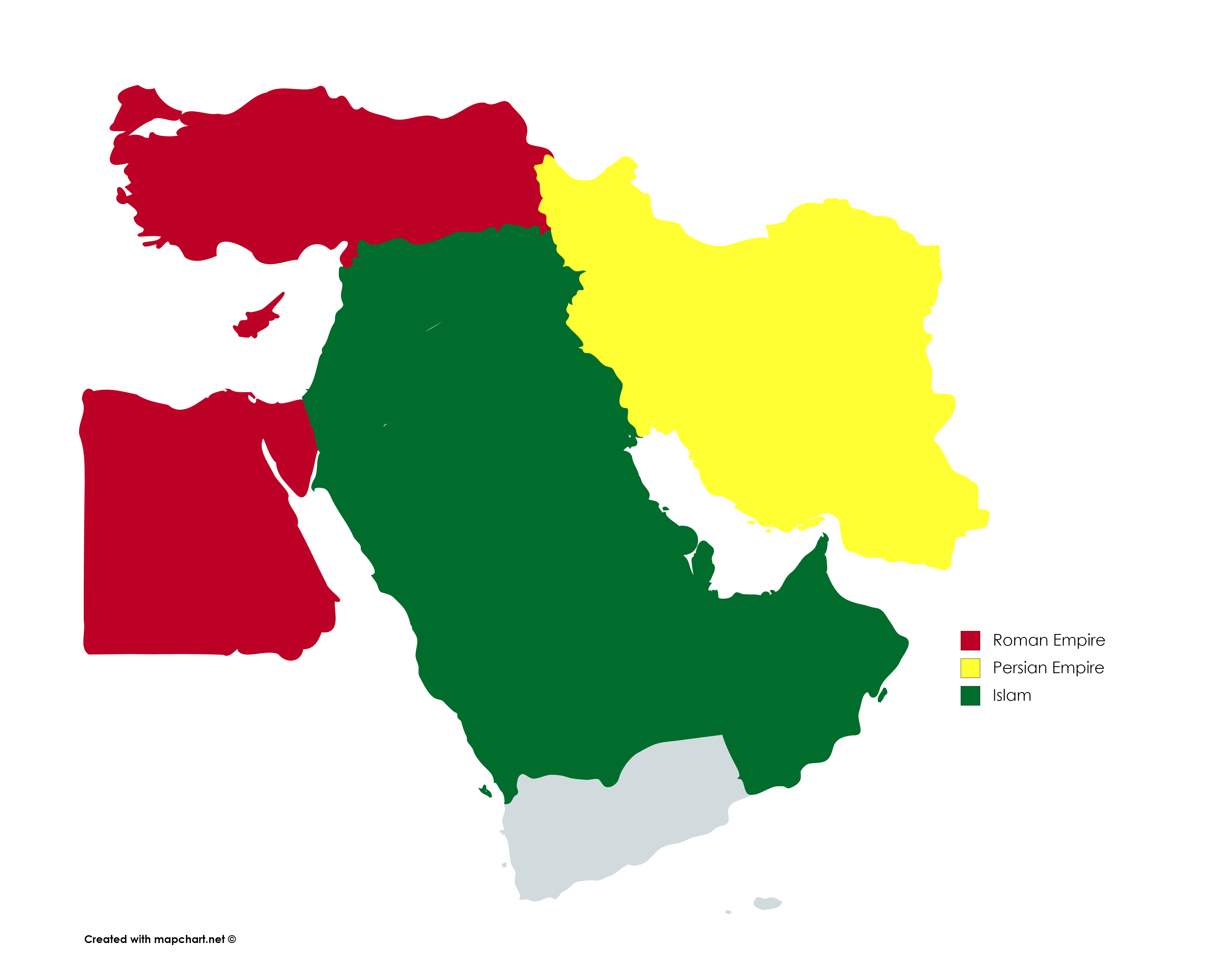 What I understood from the question is why did Muslims fight against kuffar of Persia like in Al-Qadisiyah. If this is the case, easily you can take the answer of why has the jihad been in Islam in additional to the circumstance at that time. so this is the reason and this

3
Were the military adventures of Caliphs conquering land after land just?

2
Where was Muhammad al-Baqir(as) during the Battle of Karbala and what followed?
3
What was Ramadan and fasting in Islam before the time of Muhammad ﷺ?
0
Why did Abu bakr divourced his wife Kabila, the mother of Asma and Abdullah ibn Omar his wife?
0
What was the relationship between Isa (A.S) and Yahya (A.S)?
0
Which Qiraat was the first complete Quran manuscript in the time of Abu Bakr?
0
What was the battle in which Khalid bin Waleed besieged a city with a trench around it and filled up the trench with camels to cross it?
0
Where can I get authentic Info about the Caliphates of Abu Bakr, Umar, Uthman and Ali?