Which is the most appropriate place to store or keep the Qur'an?

I have heard people say to keep it at a height and not at a very low place.
See the diagram below. 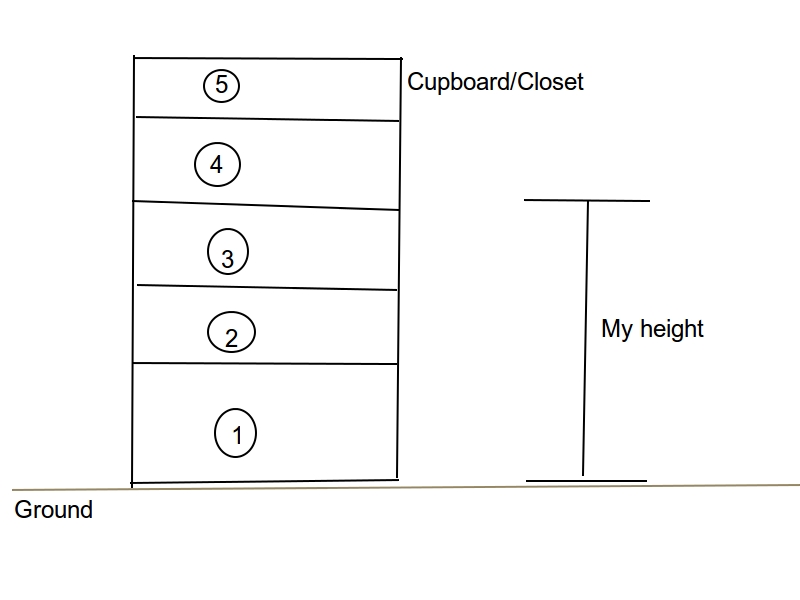 It is better to place Qur'an in a place higher than ground. However, there is no harm in placing it in a ritually pure ground as well if it is out of necessity and not out of contempt.

“A group of Jews came and called the Messenger of Allah to Quff. So he visited them in their school. They said, ‘O Abul Qasim, one of our men has committed fornication with a woman, so pass judgment concerning them. They placed a cushion for the Messenger of Allaah, and he sat on it. Then he said, ‘Bring the Torah.’ It was brought, and he took the cushion from beneath him and placed the Torah on it and said: ‘I believe in you and in Him Who revealed you.’...”

If that is what Prophet salallahu alayhi wassalam did for Torah because it has Allah's words, then think about Qur'an which is superior to Torah.

To sum up, the Mus-haf should and is worthier to be put on an elevated place. However, it is not disliked or prohibited to keep it in a ritually pure ground.

Firstly this is a Mustahab (recommend) and please do not make religion much complicated because others may fear entering Islam.
And it is only a means to respect the Quran because it is not a creature and or creator but Quran is word of Allah (کلام الله). Only respect it.
Also it is recommended to do not put Quran in the room you sleep or it is said do not put other book on Quran.
It is said by some scholars do not read Quran while sleeping. but none of them are Wajib (Obligatory) and are for Muslim's want to reach higher spiritual rank and become a close friend of God and meet God and even died before death (optional death).

Muslim can understand how to respect Quran on their own.

Let me say the memory of one scholar:

Not the answer you're looking for? Browse other questions tagged quran or ask your own question.

2
How to resolve an alleged error in the Qur'an in relation to the orbit of the Sun?
4
Meaning of ' بين يديه '
1
Is the Qur'an a book?
3
Is a forced oath taken by placing hand on Quran valid?
0
Can any word be added to ذنب to describe it? No such structure exists in the Qur'an
0
How to understand the conversation between the people in the hellfire and those in paradise in the qur'an?
1
Why is Qur'an 33:53 (which describes specific behaviors in relation to the Prophet) inside the Qur'an?
0
To live out of society in Sunnah?
0
48:25 and the killing of women