Authenticity of “If a young man repents, the torment of grave is withheld from east to west for 40 days”? 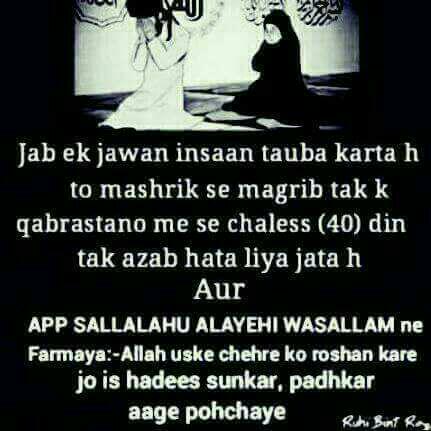 The hadith I am referring to is:

If a young man repents, the torment of grave is withheld from east to west for 40 days.

What is the authenticity of this hadith?

According to islamqa, the prophet ( PBUH ) didn't say this and it is not mentioned in any books of hadeeth. It is also not known that any of the scholars narrated it, even if it is a weak hadeeth.

A question was asked on IslamWeb, regarding the authenticity of this so called Hadith, they responded that they haven't heard of it and couldn't find it in any of their collections:

Q: What is the authenticty of these ahadith: 1. If a young man repents, torment of grave is withheld from east to west for 40 days.

We have not found the two Ahaadeeth which you mentioned in the question in the books of Sunnah that we have at hand despite the large number of those. We have not even found them in the literature of Dha’eef (weak) and fabricated Ahaadeeth.

Not the answer you're looking for? Browse other questions tagged authenticity tawba or ask your own question.