What is Shia Islam's take on the deficiency in women's intelligence?

Ayatollah Khamenei's website has a video Women are stronger than men dated 2013. It's quite touching, and you can see the women in the audience are visibly moved. 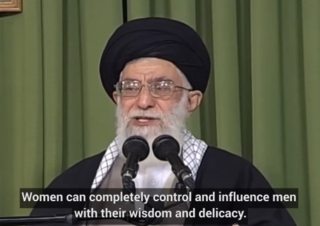 In this video, what he says is translated to:

I always say to my friends and relatives and to women that, contrary to the idea that has been established, women are the stronger gender. Women are stronger than men. Women can completely control and influence men with their wisdom and delicacy. We can see this in practice and we can prove it by reasoning. This is a reality.

Of course, there are a number of women who do not adopt wise measures and who, as a result, cannot do this. But if a woman is wise enough she can tame a man. This is like the situation in which a person can bridle and ride a wild lion. This does not mean that he is physically stronger than the lion. Rather, this means that he has managed to use his mental power. Women have this capability, but they should do this with delicacy and subtlety. When I say delicacy, I do not only mean physical delicacy. As well as physical delicacy, I mean delicacy in implementing thoughts and ideas, showing acumen and making decisions.

These are capabilities which Allah the Exalted has bestowed on women.

In my opinion, this should be the basis. This discourse should be improved and pursued.

It's a remarkable speech, at odds with the idea of women's intelligence being deficient in Islam. For example, in the top answer Why does a man's witness count as two women's witness in Islam?, we find:

In Sunni point of view, Women have deficiency in reason and in religion. -- Abdullah

supported by a fatwa (links no longer working). A similar (yet non-identical) version can be found AbdurRahman.Org) which states "There are many women whose reason is better than men, and are stronger in deen and memorization." and quotes a hadith, probably Sahih al-Bukhari 304 (sunnah.com), as:

... I have not seen anyone more deficient in ability to reason and deen than you. ...

This leads to the question:

Question: What is Shia Islam's take on the deficiency in women's intelligence?

O mankind! reverence your Guardian-Lord, who created you from a single person, created, of like nature, His mate, and from them twain scattered (like seeds) countless men and women;- reverence Allah, through whom ye demand your mutual (rights), and (reverence) the wombs (That bore you): for Allah ever watches over you. Nisa' : 1

There is also a beautiful line from Commander of the faithful:

“Do not tolerate that women do things beyond their abilities because this is more suitable for their status, it calms their hearts, and preserves their beauty; surely women are like fragrant flowers and not warriors.”(2)

To me they are in agreement. I've learned things from my child, from my wife, my father, my mother, my grandmother, my grandfather, my sisters, my aunts, my friend, my female teachers, my neighbor, strangers, my students, people with less of education, etc. Some of them were stronger at things they taught me, some of them were weaker at things they taught me.

Generally speaking among Shia's, women are more involved. If you see my other answer about the level of obedience, you see it's different from the Sunni view. In Sunni view, Women are somewhat to obey as long as the husband's request is not-haram. In Shia'ism women have 2 restrictions only: Don't leave the house without your husband's permission and share a bed with him...so she has more freedom. Other than that she's just highly recommended to listen to her husband, while husbands are highly recommended to support and shower their wives with love, help her in the house.

Additionally when men are said to have more intelligence it doesn't mean it's complete/perfect. Many men are idiots/wrongdoers. It only means, men have more of something than women. The perfect amount of wisdom only belongs to the infallible prophets/Imams + infallible ladies (like Maryam, Khadija, or Hazrat Fatima. Only prophet Muhammad's rank is above Lady Fatima)

But how is that a good thing? To be honest I'm not sure. But here's what I think: 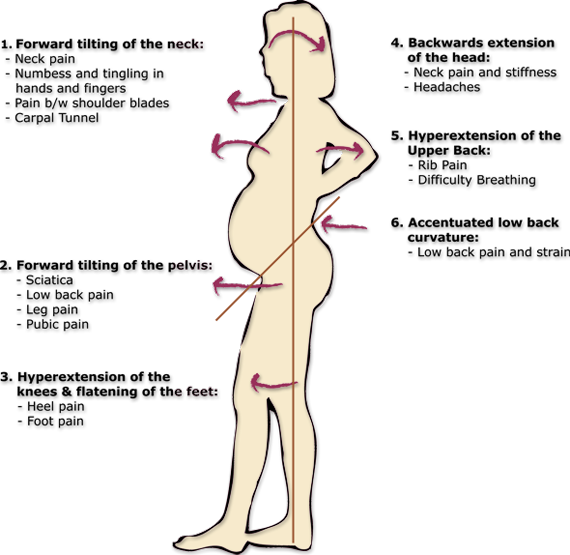 To do all of the above, a women/mother/lover needs to have more of love than she needs of logic. Why? Because her domain of activities are not the same of men. Needless to say:Verily the most honoured of you in the sight of Allah is (he who is) the most righteous of you. ان اکرمکم عند الله اتقاکم

For further research, to find more about the Shia perspective I recommend seeing Ammar Nakhshawani's youtube videos on women. Mr. Khamenei is one of the many Shia scholars. He also holds a political position which somehow affects what he says or can/can't say. Obviously no scholar is infallible, so always be alert.

Not the answer you're looking for? Browse other questions tagged women shiism .

11
Why does a man's witness count as two women's witness in Islam?
11
What does being an obedient wife really mean?
4
Is the fact that a woman inherits only half the share of a man a kind of injustice?

6
Are Muslim woman and man considered equal?
3
What can one do when one is married but loves someone else?
6
Can women pray in public, like men?
2
Is it true that "pregnancy is seen in sharia as like an illness"?
1
Is "concession" a better translation than "deficiency" when referring to women's deficiencies?
5
Why Islam claims women are deficient in religion and intelligence? When in reality they are not