Is "concession" a better translation than "deficiency" when referring to women's deficiencies?

There's a hadith which describes women as "deficient":

This is unsurprisingly controversial, e.g., "There's no way you can convince me that a woman is deficient in mind and in her iman." -- Rasha Al-Disuqi (YouTube).

However, Shehzad Saleem (listed as "a student of Javed Ahmed Ghamidi" on YouTube) states:

Actually, in this narritive, the expression [...] has been translated as a woman who is [...] or who deficient in her intellect. Now the gravest of grave errors has been made in this interpretation is that this narrative has been translated keeping in view its Urdu meaning. We must realize and we must know, and scholars of Arabic in particular know that there are words which mean different in different languages even if they are the same and they are called cognates. So the word [...] in Arabic actually means "to give concession; to reduce something" while in Urdu it means "defect and deficient". And the erroneous conclusion of [...] meaning that a lady is deficient in intellect has arisen because this expression has been translated keeping in view its Urdu meaning. -- Shehzad Saleem (YouTube starting 1:57)

There's obviously a massive distinction between between "deficiency" and "concession". And it's not hard to find via a Google search men (and male scholars) who claim that women are literally intellectually deficient compared to men.

That being said, the word "concession" seems to fit better into the structure of the hadith, e.g., women not praying during menses nor needing to catch up these prayers seems very much like a concession.

Question: Is "concession" a better translation than "deficiency" when referring to women's deficiencies?

I'm asking about how accurate Shehzad Saleem's interpretation is. 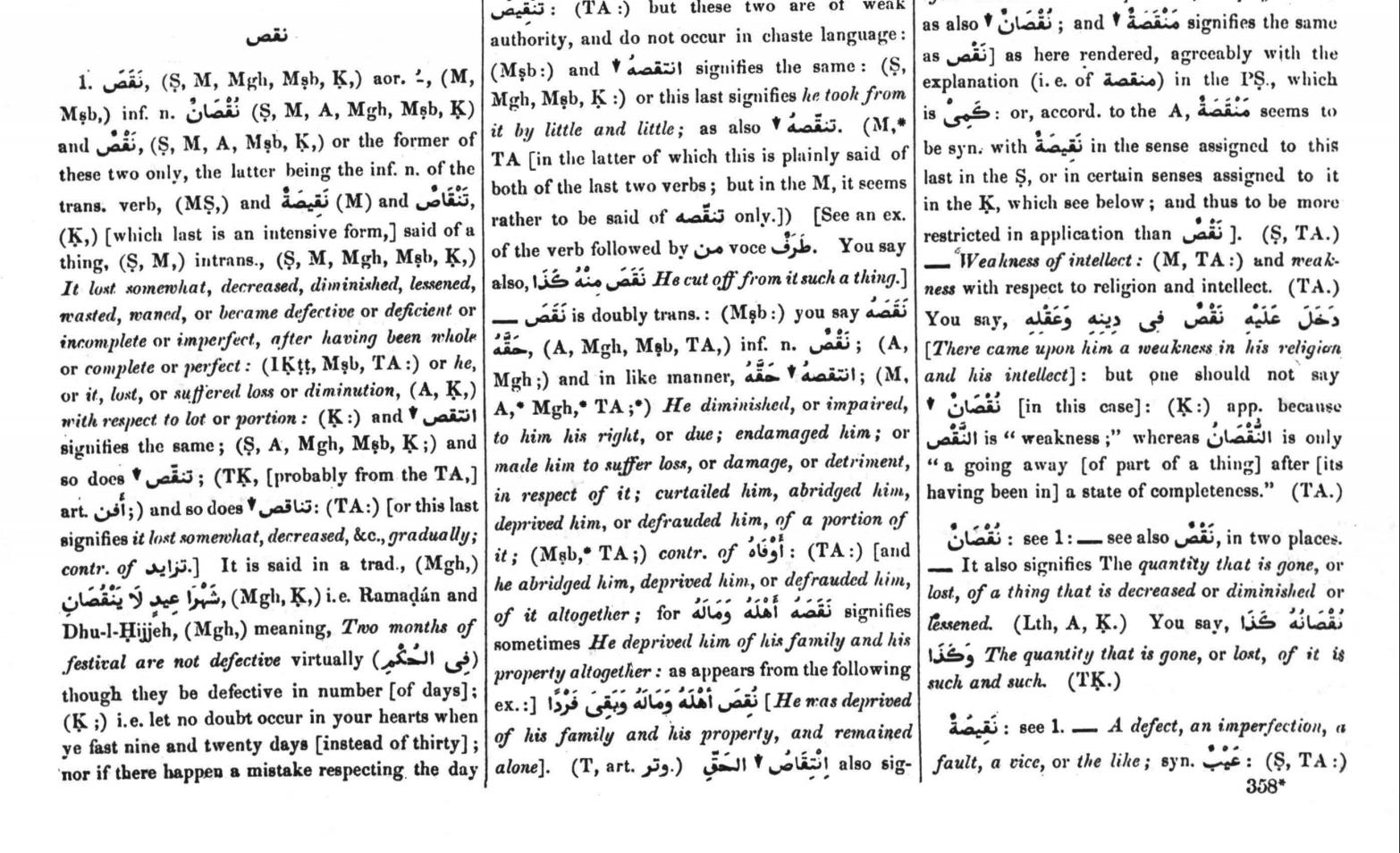 Not the answer you're looking for? Browse other questions tagged women arabic .

2
Can a Muslim woman leave her burqa in the West?
2
Under what conditions can a Muslim woman wear a bikini?
2
Is it true that "pregnancy is seen in sharia as like an illness"?
2
Who becomes protector and maintainer of a woman after divorce?
4
What is Shia Islam's take on the deficiency in women's intelligence?
5
Why Islam claims women are deficient in religion and intelligence? When in reality they are not