Is there a specific sequence of Arabic words which is considered "the shahada"?

The shahada is a testimony of faith. Wikipedia lists it as:

Seen here in the form of a variant of Saudi Arabia's flag: 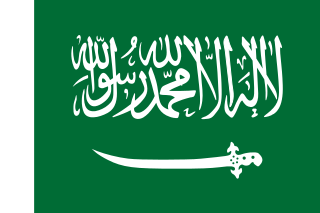 Question: Is there a specific sequence of Arabic words which is considered "the shahada"?

Would the following also be considered "the shahada":

In Shia Islam, the shahada also has a third part, a phrase concerning Ali, the first Shia Imam and the fourth Rashid caliph of Sunni Islam: وعليٌ وليُّ الله (wa ʿalīyyun walīyyu-llāh), which translates to "and Ali is the wali of God".

In the context of Shia Islam the same question applies, albeit to a different sequence of Arabic words.

All perfect praise be to Allah

Basically, shahadah is a way to get a person's consent on whether or not he believes in these 2 things.

Let me first quote the references for their presence as a whole in ahadees:

This is along hadees and purpose of quoting full text is just to make it easy if anyone want to search more about it. You can read whole complete first kalma in it(in bold).

Now, coming to second kalma, this is the kalma, about which prophet ﷺ specifically said, if one believes in this and dies, that person will go to jannah:

Explanation of hadees: This does not mean that everyone who believes in this kalma will go straight to jannah (except whoever Allah will to send), this means that every believer will end up in jannah after completing his/her punishment, this is proved form other sources(ahadees etc) but discussion about it is out of the scope of the question.

The requirement for becoming muslim is giving consent and believing in what these two kalmas means. Basic meaning is same in both of these kalmas, only difference is that in the second one, there is a stated consent that i believe in this. And this same kalma was used by the prophet ﷺ and all his companions(and all Muslims after them) to get consent from a new Muslim. So, it should be used for this purpose, preferring over any other kalma. Although, most scholars agree that first kalma is also sufficient for the consent. (As stated in hadees in which Hazrat Huzaifa killed a person in war who said la ilaha il-Allah just before he was killed, and prophet became very angry on him that he killed a believer. ref)

Lastly, about the last part of your question concerning about the shahadah/kalma of shia, i am no one to speak on their behalf, they should explain it themselves. I can just say that the above 2 kamlas(1st and 2nd kalma) are proved from ahadees as is. And was used at the time of prophet too, the part shia append in the end of kalma is surely appended by them after his(Ali R.A) death.

First of all calling it "the shahada" is strictly speaking wrong, as these are two shahadat and they are called a-shahadatayn الشهادتين or a-Shahadatan الشهادتان (depending on grammatical circumstances, for example the later would apply in the Beginning of a sentence) in Arabic. Arabic has a dual plural ( a plural for two people).

So you need to testify two things to be called a Muslim: First testify that Allah is the one and only God and secondly that Muhammad is the/a Messenger of Allah.

The most important isn't to testify it by saying it only, but you need to believe it as well, as you may conclude from the some of reports like the well known hadith of Jibreel (where we are taught the meanings of Islam, iman and ihssan/ehssan) which includes your first version (the same version as in the adhan and iqamah) or this hadith of 'Omar () explaining the meaning of Islam) and this statement of his son Abdullah ibn 'Omar ():

... "O son of my brother! Islam is founded on five principles, i.e. believe in Allah and His Apostle, the five compulsory prayers, the fasting of the month of Ramadan, the payment of Zakat, and the Hajj to the House (of Allah)." ... (sahih al-Bukhari)

Each of your two options does this perfectly even if the meaning is a bit different.

A detailed explanation of the words of the two shahadah

أَشْهَدُ : ashhadu - means for us who have not witnessed Muhammad () "I testify" a more correct translation might be "I witness", but that doesn't make sense in this context, (the verb -past form- is shahida شَهِدَ) you could also say "أنا أَشْهَدُ" (anaa ashhadu) with the emphasis on the pronoun I which in this example is explicitly quoted!
IMO this verb or this expression is essential to call any following statement a shahadah (in jurisprudence any testimony you make is called a shahadah how ever you might use an other wording)!
أَنْ : an - means "that".
لاَ : la - stays for "no".
إِلَهَ: ilaha - stays for "deity", according to the pronunciation it could also be written إِلَاهَ because the alif is emphasized and prolonged!
إِلاَّ: illa - describes an exception so it means "expect".
اللَّهُ : Allah(u) - is the Arabic word describing the one and only God. The diacritic must not be pronounced.
وَ : wa - is almost everywhere an "and".
أَشْهَدُ : has been explained as this is a repetition, note that this repetition is not necessary to say the (two) shahadah (see for example the shi'a addition وعليٌ وليُّ الله which has no ashhadu in front of it), but it gives more emphasize to the meaning!
أَنَّ : anna - is an other form to express "that" the reason why here there's more emphasize on the second letter "n" is that the following word allows this, so this should be the standard expression in Arabic to express an Arabic synonym of the English "that"!
مُحَمَّدًا : Muhammadan - Muhammad is the name of the Prophet of Islam as you know, note that in Arabic almost all nouns must follow the rules of grammar! An interesting investigation for the Arabic proposal would be: Why is it مُحَمَّدًا and not مُحَمَّدٌ (Muhammadun) because the wa (and) might grammatically imply the later!

Now we have options such as:
عَبْدُهُ : 'abduhu - meaning HIS servant.
وَرَسُولُهُ : wa rassuluhu - note here is an other hidden wa and so it means and HIS messenger the last letter (hu) refers to (HIM) Allah.

This version of "the shahadah" is the one from at-tashahud as quoted in ahadith like this one.

or
رَسُولُ : rassulu - meaning the Messenger.
اللَّهِ : Allahi - this is tricky as the last diacritic at the "h" of the word Allah (hi) gives the meaning: of Allah.

Note that during adhan and iqamah you are quoting "the shahadah", so basically a Muslim quotes them at least ten times a day!

More expressions and references from the sunnah

Here are links for other expressions of the two shahadah (some include more than that) which have been quoted in ahadith I haven't quoted so far:

I'd like to add that the sect of Quranist says that the second part of the shahdah is shirk! This isn't true as it is a true statement in which we declare and affirm that Muhammad is Allah's Messenger note that the Quran is full of statements affirming this, so this objection is meaningless, as we nowhere attribute to Muhammad () something more than him being a human, a Prophet and a Messenger of Allah which is far away of setting him equal to Allah or calling him deity, which is the meaning of shirk!

"la ilaha illa Allah..." IMO is the statement or content of the shahada, but without the verb "ashadu" (i testify) it isn't the shahada.

Not the answer you're looking for? Browse other questions tagged arabic shahada .

2
What are the exact words of Kalimat ash-Shahadah?

3
Is Imaan a precondition to become a Muslim?
2
Is it permitted to desecrate a flag containing the shahada?
0
a specific verse in Ibn Ishaq's "Sirat Rasulallah" in Arabic
3
Do the exact words محمد رسول الله (Muhammad is the messenger of God) appear in the Qur'an?
1
Must Shahada be said in Arabic?
0
what is the rule for seperating words in Quran Arabic?