Is this hadith authentic? "Only an honorable man treats women with honor and integrity...."

I've seen this hadith (in meme form) on the Internet:

Version 1: Only an honorable man treats women with honor & integrity. And only a mean, deceitful and dishonest man humiliates and insults women.

Version 2: Only an honorable man treats women with honor and integrity, and only a vile and dishonorable man humiliates and degrades women.

Question: Is this hadith, or something very similar, authentic?

I'm wondering if it's reliable. While a Google search for site:sunnah.com honorable man treat women comes up with related ahadith, they don't closely match this one. 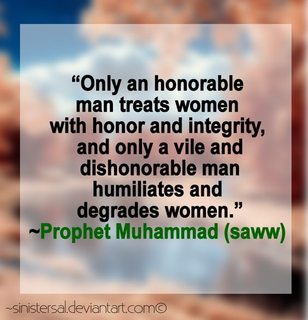 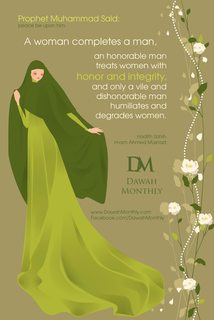 Lets start with what is authentic, Quran says about the marital relationship addressing husbands:

And addressing the wives or women:

...And due to the wives is similar to what is expected of them, according to what is reasonable. ... [sahih international]
...And they (women) have rights similar to those (of men) over them in kindness ... [Pickthall] (2:228)

Many scholars in connection to this verse quote this hadith

"The best of you is the one who is best to his wife, and I am the best of you to my wives." (Jami' at-Tirmdihi and sunan ibn Majah)

This is the part of the hadith quoted in both books. Here's the Arabic text to distinguish it from other narrations i'll quote later:

Some also quote this statement which is quoted in some ahadith as a reference to the status of women in Islam (even if the quote is taken out of context as it seems):

And also this statement is often quoted:

which you may find in the most authentic hadith compilations. I'd like to add that some of these ahadith which include this wording are discussed by modern scholars because the wording in our modern understanding might not be appropriate. There's also an other variation of the first hadith in jami' at-Tirmidhi.

A variation of the first quoted hadith can be found in tareekh dimashq (history of Damascus) of ibn 'Asakir narrated on the authorithy of 'ali ibn abi Talib (this is the hadith discussed in the fatwa from Kilise's first comment):

which adds (put in bolt letters): Only a honorable man would treat woman with honer and none but a mean man would humilate them.

This hadith has several issues in the narrator chain and is therefore qualified as mawdo' fabricated.

The second hadith from the comments of Kilise

sayings something like: Be honorable towards women, as by Allah only a honorable man would treat woman with honer and none but a mean man would humilate them.

Is something i couldn't find and it is in the same text once quoted as a saying of our Prophet and once as an-athar, which means it has been transmitted as words or a statement of a sahabi or tabi'i!

What I can say so far is that the wording of the two ahadith you quoted is as is not to be considered as authentic. But the meaning or content is going ahead with the teachings of the Quran in first place and also with the sunnah as our Prophet practiced it. So maybe these are words of wisdom of a scholar or a wise man or maybe even the Prophet (as the fact that I couldn't find them in any book isn't a proof of it not being a saying of our Prophet). Also note that it is allowed to quote da'if ahadith in some cases. And in this case it wouldn't harm anybody to say it and it is as stated in line with Quran which clearly allows us to use or cite it, but one should give a hint about the qualification or authenticity.

IMHO the fact that the translation is using "honor and integrity" is either an attempt to give an exact meaning of the Arabic word "إكرام" or if the translation is correct a factor which might be counted against the authenticity as our Prophet is known to have been given "jawami' al-Kalim جوامع الكلم": this means he could make his point clear with only few words! So he used the most exact description and the most understood meaning!

Decide a hadith Authentic or not is a tough matter according to quran. You need to have 4 different source [each of them shall be Mumin Muslims not only this each of them those forms the chain shall be Mumin too] of that hadith to claim its Authenticity.

Thus is any hadith falls in the above criteria? pl tell us if anyone find a single. Actually, I don't find any.

In general sense, a hadith that transformed through a period 300-400 years with a chain 8-10 people can not be considered as truth.

But as Islam places women in a highest degree of honor and dignity then the above to be assumed true.

Not the answer you're looking for? Browse other questions tagged hadith source-identification women authenticity .