Is Qur'an a book of science?

There are many scientific discoveries which we have came across recently but there are verses in the holy Qur'an that talk about these. A non muslim friend asked me that the scientific interpretation of the verses are just "in our head". Or he points out that we are finding meaning where there is none. I want a few verses that directly prove Qur'an to be true with the test of science and without ambiguity in the meaning.

First of all, I should say that: No, the Quran is not a book of science. It is a book of guidance. It teaches human beings how to live like human beings. It teaches human beings about the purpose of creation. It's not a book that teaches about science or directly predicts science. At times, it describes the creation of Allah in such a way that doesn't contradict science. At times, the description of a certain creation is so vivid that it make you think that it is a book of science. But at the end of the day, it is just a book of guidance that is meant to fascinate you with Allah's creation in order to bring you closer to the truth.

Nevertheless, since you asked, here are a few examples of verses that are solid proof that the Quran is the word of Allah

For more info on how this verse is coherent to modern science, here is the link: http://www.speed-light.info/miracles_of_quran/human_embryo.htm

Please note that this verse is revealed so you would appreciate the intricacy of Allah's work. It is not meant as a prediction. If Quran was a book of science, the verse would be using the actual terms used by biologists today.

ii) Creation of the universe

After the Big Bang the universe was primarily Hydrogen, Helium and a tiny bit of Lithium. However when a gas is too hot it becomes ionized (loses the electrons) and becomes opaque (like today's smoke). In the beginning the universe was opaque to visible light (non-transparent). After 380,000 years the universe cooled enough and it became transparent to visible light. For other wavelengths it was opaque for a billion years. The Quran correctly said that at the beginning it was SMOKE, that is, a hot non-transparent gas:

Then He turned to the heavens, and it was smoke, and said to it and to the earth, "Come, willingly or unwillingly." They said, "We come willingly." - Quran 41:11

The Quran says that on the first day of creation, God made the heavens and the Earth meshed together, tight and compact (Big Bang), continues to expand it into the universe we know today.

Do not those who disbelieve see that the heavens and the Earth were meshed together then We ripped them apart? And then We made of water everything living? Would they still not believe? - Quran 21:30

And the heaven, We built it with craftsmanship and We are still expanding. - Quran 51:47

You can find more scientific miracles in http://www.speed-light.info/miracles_of_quran/index.html

Just to remind you, the Quran is not a book of science. It was never meant to predict science.

According to Nidhal Guessoum some works on miracles in Qur'an follow a set pattern and they generally begin with a verse from the Qur'an, for example, the verse "So verily I swear by the stars that run and hide . . ." (81:15-16) and quickly declare that it refers to black holes, or take the verse "I swear by the Moon in her fullness, that ye shall journey on from stage to stage" (84:18-19) and decide it refers to space travel, and so on. "What is meant to be allegorical and poetic is transformed into products of science".

Maurice Bucaille in his writings provides some interpretations of verses that he claimed to be in agreement with modern science and that had not been known in the past. Bucaille states that he has examined the degree of compatibility between the Qur'an and modern scientific data and that this study has led him to the conclusion that the Qur'an did not contain statements that contradicted modern science. He then argues that it is inconceivable that the scientific statements of the Qur'an could have been the work of man.

We know that all the prophets have performed miracles. But we weren't there to witness them. So we can't prove they they were real. The only miracle that exists today is the Quran. If you want to prove that the Quran is from Allah and not from a human being to a non-believer, I prefer you tell him/her about the linguistic miracles of the Quran. It is one of the reasons why the Quran is inimitable. No one can ever created a book that is similar to the Quran - not even a single surah.

"And if you are in doubt concerning that which We have sent down to our servant, then produce a chapter of the like." (2:23)

"If men and Jin banded together to produce the like of this Qur'an they would never produce its like not though they backed one another."(17:88)

"Or do they say he has fabricated it? Nay! They believe not! Let them then produce a recital like unto it if they speak the truth."(52:34)

"Say, Bring you then ten chapters like unto it, and call whomsoever you can, other than God, if you speak the truth!"(11:13)

"Or do they say he has fabricated it? Say bring then a chapter like unto it, and call upon whom you can besides God, if you speak truly!"(10:38)

What does this prove? It proves that the Quran is a miracle within itself. No non-muslim can refute against this.

For more info on the linguistic miracle of the Quran, check out these links:

And if you're into lengthy videos,

Good luck and may peace be with you.

I want a few verses that directly prove Qur'an to be true with the test of science and without ambiguity in the meaning.

Presumably what you are looking for is a verse that satisfies the following conditions:

And I contend that you will not find any such examples. Indeed, all of the verses provided by curiosity fail these tests.

But I want to address a broader issue here. Believing in the results of science, and respecting science, is fundamentally different to embracing the scientific method. And the scientific method could never lead one to believe in the Qur'an (or, indeed, any other holy text), by its very construction.

So my answer to your question is no.

Quran is not a book of science. Its a book of literature so it covers all aspects including some scientific facts.

Alot has been written and said on the topic of Quran and Science. You can find much stuff on this on internet.

The Qu'ran is not a book of science. It's scripture. To look for scientific evidence in there is misguided. The Qu'ran itself establishes guidance for man in his relationship with the divine. This is why it mentions "clear signs" and "guidance". It's what it's there for. 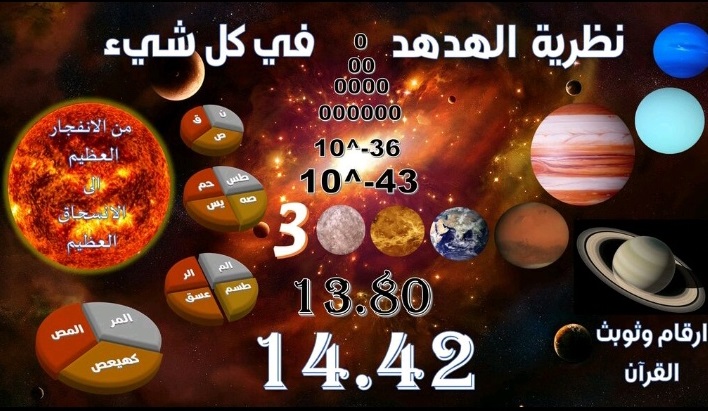 The Qur'an is a book of signs and also a book of sciences , but not a book of miracles , because God did not create the universe by miracles, but by laws, and he asked us to discover miracles, but he asked us to walk the earth and see what creation looked like and to look at the heavens and the earth, and indeed he made these calls by scholars who are not Muslims like Galileo, Newton, Kepler, Darwin and others. The main dilemma in proving that the Qur'an is a book of science lies in choosing the correct method where the sciences of the Qur'an are not enough, but the most accurate is that it does not benefit in proving this because it is classical and lacks the scientific knowledge supporting and most of it has exhausted its source such as the causes of descent and copier and the interpretation of the ancients like ibn jeerer Tafari
As for those who use the new fashion called The Miracle of the Quran, it offends in terms of not knowing that it is good, but it opens the way for the hostility of Islam to go too far in their absence until one of the apostates of our skin said that it is a nuisance and not a miracle of the necessary method in proving the scientific Quran is the mathematical , statistical and arithmetic (the calculus)
I have come a long way in preparing the said method and applying it and drawing conclusions, and I have proven in my book that physical laws such as gravity, nuclear powers, astronomy laws such as the Law of The Bod, as well as physical constants such as The Planck Constant and Radioactive decay for chemical elements, also the structure and components of the periodic table in its final version(including the elements of the eighth cycle) are listed in the Quran and the book is still under bleaching. And I chose for him the title of the theory of the guiding theory in the science of the surround (he said i surrounded what you did not put in) which is the dream of all the physicians since Albert Einstein even Stephen Hawking who called theory of every things but based on an unified view that universe and the Quran Ayat issued from the same source

Science and religion try to answer different questions regarding creation, life, and nature. Science asks and tries to find out the answers to what? when? where? and how?

In contrast, religion tries to answer some of the what, but mainly the why? and most importantly who?

Let's take the Big Bang for example. By observation, hypothesis, peer review, and confirmation we have already learned when it happened (13.7 billion years ago) and how (physicists can now tell us how the big bang progressed from the first few milliseconds onward).

That being said, take the brightest scientists who have ever lived and ask them why the big bang happened and who did it?

Why are we here? Who created us and the universe? Science can never answer these 2 questions.

Not the answer you're looking for? Browse other questions tagged quran science or ask your own question.

7
Does the Holy Quran gives the concept of flat earth?
11
Do ghosts exists according to Quran or Islam?
11
Can any Muslim interpret the Qur'an accurately?
4
Is manufacturing artificial organs and body parts permissible?
3
Finding the historical context for verses in the Qur'an
1
Is the Qur'an a book?
2
The problem of science in the Quran
1
How do we know the meaning of Arabic words hasn't changed?