What will happen to those who are mentally ill in the afterlife?

As far as I know, mentally ill people will not be held accountable for anything they do simply because they do not have the mental capabilities to part right from wrong. Just like a child.

In that case, how will they be judged ? If they will go directly to the heaven, then isn't that unfair for rest of us ?

Note that I am not saying their lives are meaningless or anything. They can be a test for the society, parents etc.

Narrated Ali ibn AbuTalib: The Prophet (ﷺ) said: There are three (persons) whose actions are not recorded: a sleeper till he awakes, a boy till he reaches puberty, and a lunatic till he comes to reason. Abu Dawud said: Ibn Juraij has transmitted it from Al-Qasim b. Yazid on the authority of 'Ali from the Prophet (ﷺ). This version adds: "and an old man who is feeble-minded."(Abi Dawud)

[Say], "Then is it other than Allah I should seek as judge while it is He who has revealed to you the Book explained in detail?" And those to whom We [previously] gave the Scripture know that it is sent down from your Lord in truth, so never be among the doubters. And the word of your Lord has been fulfilled in truth and in justice. None can alter His words, and He is the Hearing, the Knowing.Quran(6-114,115)

One of the beautiful name of Allah Swt is AL-HAKAM (The Judge,The giver of Justice) Allah Swt judges among people with complete fairness ,Truth and with justice.It would not be our duty on Judgement day to judge people,He is Maliki youm Ad din (King of the Judgement day),We are Abd (Servant) of Allah Swt.So The Servant has to surrender or submit himself to Allah Swt.Prophet Muhammad ﷺ once said “Who will be just if Allaah and His Messenger are not just?”.

So Our limited knowledge and intelligence is not enough to understand the descisions taken by Allah Swt.Allah Swt is just and fair to all. 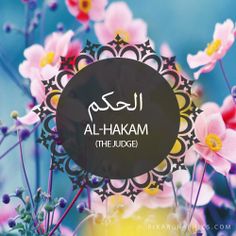 In Islam, niyya(intension) is the key point to hold any person accountable. Since lunatics do not have the capacity to make any decision or pre-plan for any action, they are responsible for their actions. Allah knows the best and decides accordingly.

Salam and peace be upon our prophet.

In regards to your question, it is not "unfair" for the rest of us if people with a mental illness were not judged for wrongdoings they commit as a result of their illness. Our lives in comparison to theirs is a walk in the park. We have the mental capacity to distinguish right or wrong all the time while they don't (depending on the illness). A serious mental illness is one of the worst thing a person can endure in this life so no it's not unfair. Nor is their life meaningless. They are still people created by Allah just like you and I. Their life has meaning to themselves, Allah and people around them. Again, just like everyone else. I'm upset by the language in this thread and the way this topic is discussed. It proves yet again another obstacle we need to overcome as a Muslim brotherhood and that is accepting of those with mental illness. Not to call them "madmen" or "lunatics" but to acknowledge them as human beings and use appropriate language.

Not the answer you're looking for? Browse other questions tagged jannah day-of-judgement sick .

6
What will happen after the Judgement Day?
5
Why a little child goes directly to Jannah?
2
Isn't the whole concept of prophetism unjust?
3
How do some people know that a certain person/group will go to hell?
4
What creatures are accountable on the day of judgement?
1
Question about people who have not heard of Islam/ did not understand it
1
How is the test of life on earth fair