Will Jinns be with humans in the paradise and Hell?

To the best of my knowledge, Jinns have options to commit sin or not (like humans). As a consequence, they'll go to the Jannah (heaven) or hell based on their good and bad deeds. As a result, my question is that:

Will Jinns be with human in the same Jannah or hell?

You mentioned a very good point at the beginning of your question. Jinns can obey or disobey the commands of Allah (SWT). For the disbelievers (Kuffar) among the Jinn, they will be in Hell والعياذ بالله

So, there is no doubt that the disbelievers (Kuffar), whether among Humans or Jinns, will enter Hell. For the sinners, Allah (SWT) will judge fairly, if He wishes to forgive them, He (SWT) will forgive.

Now, for the believers among the Jinns, the majority of the scholars have said that they will be admitted to Paradise according to various verses in the Qur'an that talked about Paradise, like this one in Surat Ar-Rahman (46-47)

They will be together in hell though I haven’t came across any verse about heaven. 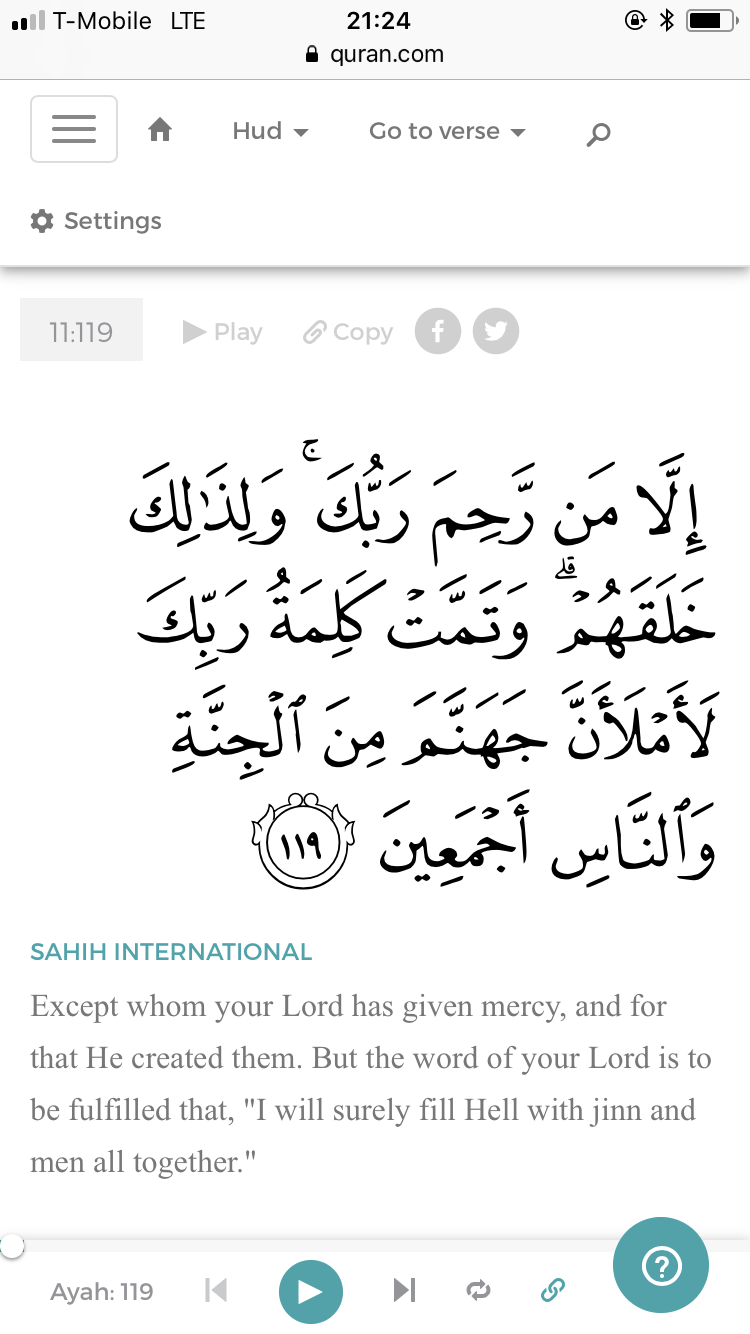 Not the answer you're looking for? Browse other questions tagged jannah jinn jahannam .

4
Why does Iblees and shaytaans disobey Allah?
3
Will children who die, go to heaven or they'll go to another place?
3
Will our good deeds not save us and in fact cause us to go to Jahanum?
3
How do some people know that a certain person/group will go to hell?
1
Do you automatically go to heaven/paradise if you are a muslim?
1
Do Jinns ever sleep / rest?
1
Is choosing to commit sin a possibility in Jannah?
2
What will be the fate of a person who wore amulets and died without knowledge that its a sin?