What are the duties of a husband?

What are the duties of a husband in Islam?

Sister may Allah make it easy on you. Br Saif highlighted the duties in a very detailed manner. It is difficult to list such ideals out to any man and ask him to obey. hat is recipe for disaster. There needs to be hikmah in things you deal with. Although every man should strive to have such qualities we aren't living in the age of sahaba or the tabaeen.

The other parts of the question are very personal. A person cannot just comment without knowing or speaking to both the sides, especially in cases of marital issues. This leads to big fitnah and issues in the marriage. Every couple is different and every marriage is different. If I start suggesting you something then I can be accused of acting on hearsay and just listening to one side.

Secondly you recite what is below whenever you get a chance and especially when things are not going in the right direction. 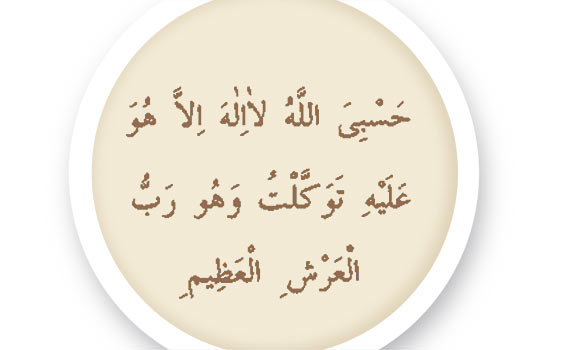 The biggest and most difficult thing is that you begin praying tahajjud and ask for Allah's help.

I cannot ask your husband to do this and you are the one seeking help so I am suggesting you these solutions. One thing that helps tremendously and I have seen this in my own experience and various households is that turning OFF Bollywood from home has significantly changed the life of many couples I know including myself.

I hope Allah makes your situation easier and increase love between the two of you. And Allah knows best

When we read in Quran the Verses about the relationship between husband and wife and family matters we always find the words "و ان خفتم" ="And if you fear that ...".

O you who have believed, it is not lawful for you to inherit women by compulsion. And do not make difficulties for them in order to take [back] part of what you gave them unless they commit a clear immorality. And live with them in kindness. For if you dislike them - perhaps you dislike a thing and Allah makes therein much good.

And he described how wife and husband should live together:

And of His signs is that He created for you from yourselves mates that you may find tranquillity in them; and He placed between you affection and mercy. Indeed in that are signs for a people who give thought.

A Wife's Basic Rights Regarding Her Husband's Behavior not mentioning from her other rights regarding living expenditures, housing, clothing, and education of children. Are:

The Prophet (ﷺ) said: "The stipulations most entitled to be abided by are those with which you are given the right to enjoy the (women's) private parts (i.e. the stipulations of the marriage contract).

And you will never be able to be equal [in feeling] between wives, even if you should strive [to do so]. So do not incline completely [toward one] and leave another hanging. And if you amend [your affairs] and fear Allah - then indeed, Allah is ever Forgiving and Merciful.

Bahz bin Hakim reported on the authority of his father from his grandfather (Mu'awiyah ibn Haydah) as saying: I said: Messenger of Allah, how should we approach our wives and how should we leave them? He replied: Approach your tilth when or how you will, give her (your wife) food when you take food, clothe when you clothe yourself, do not revile her face, and do not beat her.

Abu Dawud said: The version of Shu'bah has: That you give her food when you have food yourself, and that you clothe her when you clothe yourself.

[Sunan abi Dawod (just one of two ahadith), a similar Hadith is in Sunan ibn Majah and in al-Adab al-Mufrad of Imam al-Bukhari]

Um-Salama said, "I got my menses while I was lying with the Prophet (ﷺ) under a woolen sheet. So I slipped away, took the clothes for menses and put them on. Allah's Messenger (ﷺ) said, 'Have you got your menses?' I replied, 'Yes.' Then he called me and took me with him under the woolen sheet."

Um Salama further said, "The Prophet (ﷺ) used to kiss me while he was fasting. The Prophet (ﷺ) and I used to take the bath of Janaba from a single pot."

The Prophet (ﷺ) used to kiss her and suck her tongue when he was fasting.

[Sunan abi Dawod, qualified as da'if by al-Albani and others because of the addition "suck her tongue"]

The Prophet (ﷺ) used to kiss and embrace (his wives) while he was fasting, and he had more power to control his desires than any of you. Said Jabir, "The person who gets discharge after casting a look (on his wife) should complete his fast."

Here another thing a good husband should do according to the sunna:

The Prophet (ﷺ) said: When a man himself wakes at night and wakens his wife and they pray two rak'ahs together, they are recorded among the men and women who make much mention of Allah.

and at least some useful links:

And at least from a shia' point of View

Not the answer you're looking for? Browse other questions tagged nikah husband or ask your own question.

1
Is not husband having no right over wife's salary a bit injustice?
4
What is recommended behaviour and the rights of a wife, If her husband is sinful and wouldn't give up?

8
What are the rights of a women over her husband?
5
What are my duties towards my husband's child?
1
What are the duties of a Wife towards her Husband's relatives/friends
3
How can a wife express gratitude to her husband?
2
How to distinguish between a husband exercising his role as the decision maker and a husband oppressing his wife?
2
Does the husband have to earn the right to be obeyed by his wife?
2
Does a Sin transmit to the husband as he has the responsibility of the wife?