Why do we do tawaaf around Kaaba while we critize non-muslims? [duplicate]

A friend of mine asked me this question that why do we Muslims perform Tawaaf around Kaaba and perform sujood towards Kaaba which is made of stone while we strongly criticize non-Muslims specifically Hindus for praying towards stones or idols.

As a Muslim I know that we do not pray to Kaaba, our Sujood are towards Almighty-Allah only and performing Tawaaf is the Sunnah of Hazrat Ibrahim A.S. which represent unity and oneness among the Ummah but what would be the appropriate answer for this question so that even a non-believer would understand the difference?

The Black Stone Is not an idol. We are not worshipping the black stone but we are facing it for worshipping God. The logic behind this is Unity. People from anywhere when face the same point, there is a sense of unity between them. Look at the below rough diagram: 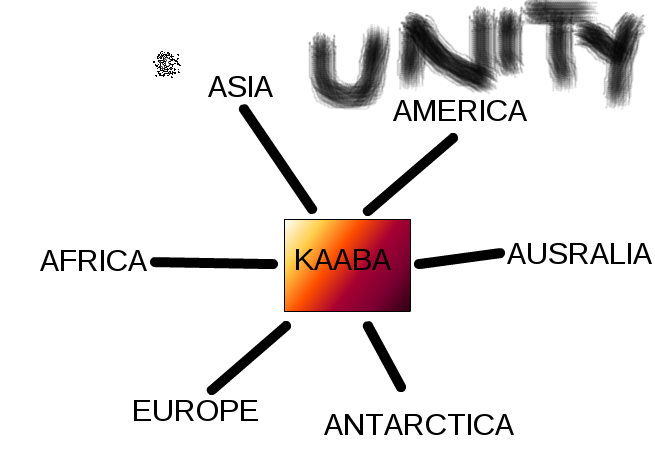 When Muslims from all over the world face Kaaba, they become united unconsciously.

To Worship God we have to pray and for praying we will face at some direction. If there was no Kaaba, we would be unable to identify direction. One would pray to South and the other to North. One to west and the other to East. So this would produce confusion and inconvenience for the community.

Tawaf Around Kaaba Have you looked at model of atom where electrons revolve around Nucleus. 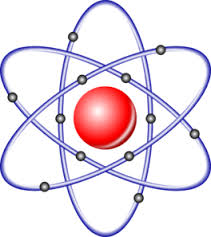 At Last There are no answers for some questions. If Muslims had no kaaba, these people would say "Hey Look! They even don't have a specified location for their worshipping. One is facing there and the other is there!" If we faced South, they would say "Why are you facing south? Are you worshipping South?" Same problem would be for any direction.

Disclaimer My answers here are logical, so should not be criticized for not having reference or that this answer is not Islamic point of view.

Not the answer you're looking for? Browse other questions tagged practical-islam islamic-philosophy or ask your own question.

8
How does praying towards Kaabah not amount to Shirk?

7
How do Muslims proselytize* in non-Muslim areas?
0
Does Shaitan (Satan) entice Non Muslims?
1
Is it true in Islam, what goes around comes around?
2
Different day of Eid around the world?
5
May a married woman let her Ex boyfriend visit her while her husband is not around
1
Dealing in Interest while Living in a Non-Muslim Country
1
Are muslims allowed to smoke weed?