Does the Qur'an prohibit Muslim women from marrying non-Muslim men or just Jews and Christians?

I am a bit confused about what exactly "non-Muslim" means in the context of the Qur'an. I'm particularly interested in how this affects who Muslim women can marry.

From what I have read, the idea of a non-Muslim seems to frequently come up when referring to Jews and Christians in the Qur'an. Certainly those belief systems are cited more than any others I have seen. But does this mean non-Muslim refers to Christians and Jews specifically? What exactly is the definition of non-Muslim in the Qur'an? Is there one?

For example, suppose I am an athiest, agnostic, or apatheist. What view does the Qur'an take on someone with such a belief system? I am less interested in theoretical implications and more interested in practically how this affects the practice of marriage in the lives of everyday Muslim women.

In Islam a Muslim is forbidden to marry a disbeliever: 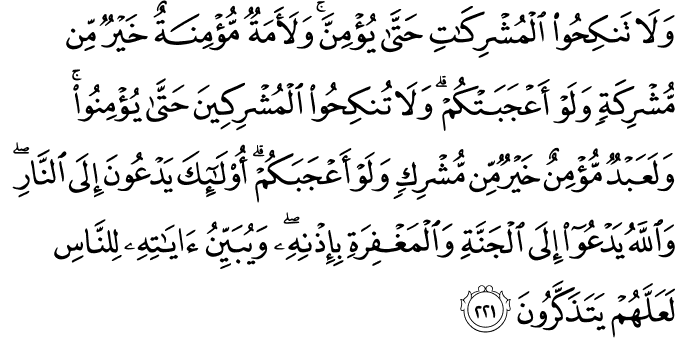 However, Christians and Jews have different rules. The majority of scholars say that Muslim men are allowed to marry Christian and Jews in accordance with the actions of the Prophet, his companions and followers and the following Ayah:

This day [all] good foods have been made lawful, and the food of those who were given the Scripture is lawful for you and your food is lawful for them. And [lawful in marriage are] chaste women from among the believers and chaste women from among those who were given the Scripture before you, when you have given them their due compensation, desiring chastity, not unlawful sexual intercourse or taking [secret] lovers. And whoever denies the faith - his work has become worthless, and he, in the Hereafter, will be among the losers.

The final point which many will argue against is a Muslim woman marrying Christian/Jew. Sadly there is no proof from Quran and Sunnah to back that up, but still many scholars would say it is not allowed. Their main proof is the first Ayah I posted, which any smart person can clearly see that it doesn't apply since Christian and Jews are not considered disbelievers.

All hadith's and Quran Ayah's that have been referenced to such prohibition are from Muslim woman who enter Islam and the Prophet prohibits them from returning to their hubbies when they are disbelievers (mushkreen) it was NEVER reported that he did the same for those whose hubbies were Christian or Jew.

It was reported by Jaber, that the prophet said: We marry the woman of the book but they don't marry our woman.

However, this hadith was classified as VERY weak by most scholars because:

Another invalid proof was the saying of Omar ben Alkhatab when he said: The Muslim man marries a Christian but the Christian can't marry a Muslim woman.

Sadly this is another MAJOR weak hadith in accordance with Alhafid:

As you can see, my opinion is that Muslims men alike are allowed to marry the people of the book (Christians and Jews) regardless of believing in the trinity, son of God, etc.. as most of them believed during the time of the prophet and his companions and that didn't stop them from marrying them or eating their food.

Also as you can see, part of my opinion is that Muslim woman can also marry Christian/Jewish men as proven by my argument above and NO other proof contradictory to that opinion from the Quran or Sunnah.

Not the answer you're looking for? Browse other questions tagged nikah .

14
Why are Muslim women prohibited from marrying non-Muslims while Muslim men are allowed to?
1
Is there any reference from Islamic teachings that Hinduism is considered as “polytheistic religion”?