Ruling of raising hands in Du'a before Taslim 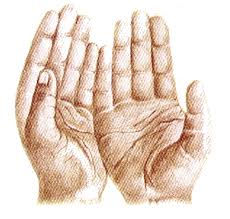 But right after Tashahud and Darood-e-Ibrahim in salah before we say "Assalamu Alaikum..." turning both sides (Taslim)

I can only answer Question 1 as for Q2 I don't even have the hint of an example or answer!

I think the answer for that is quite simple as we should/have to pray as the Messenger of Allah (peace be upon him) used to pray as he told us in many ahadith (hadiths) or at least many riwayas:

"We came to the Prophet, may Allah bless him and grant him peace, being young men of a similar age. We spent twenty nights with him. He thought that we desired our own people and he asked us about those of our family we had left behind, and we told him. He was merciful and kind, and said, 'Go back to your family. Instruct and command them. Pray as you have seen me praying. When it is time for the prayer, then let one of you give the adhan and let the oldest of you lead the payer.;:

Abu Hurairah (May Allah be pleased with him) reported: The Messenger of Allah (ﷺ) said, "A slave becomes nearest to his Rubb (Lord) when he is in prostration. So increase supplications in prostrations."

Therefore it seems that nobody has narrated that the Prophet (may Allah bless him and grant him peace) ever did so. And this is not allowed according to this fatwa (in Arabic).

On the other hand dua' isn't only a part of the prayer but also of the tawaf and sa'y and in both we are not asked to raise our hands! So raising hands for dua' isn't at all a standard, but it seems to be an established sunnah in cases and not in others.

Finally a fatwa in Arabic making clear where and when raising up hands for dua' is permissible. For example it's also not sunnah to raise hands during the dua' of the imam at the end of the speech of jumu'a unless the imam is asking for rain.
See also this fatwa which explicitly explains when one should raise his hands for dua' and when not.

1
Can a person raise his hand to make Dua inside salat after reciting tashahud and durood and before taslim?

18
Why is the jurisprudence (fiqh) of Sunni Muslims different than Shia Muslims? (Sunni View)
9
Du`a before Taslim (Sunni View)
7
How to be a proper Imam in a congregation of fardhu correctly? (Leading of Prayers)
2
Do we say "assalamu ‘alaikum wa rahmatullah" after the fard prayer if our intention is to continue to sunnah nafl prayer?
4
Going from "never prayed in my life" to my first prayer?
1
How do Shias perform the taslim (final salam) in prayer?
1
Is it proven to say this du'a before niyyah of salah?
0
Raising hands when making dua in salah
0
Standing up to abuse vs leaving matters to Allah when someone uses violence on you and your parents, to intimidate and coerce?
0
What's the Hukm of raising index finger in Tashahhud in Salah according to shiism?