Someone said that there were solely four (4) Arab prophets between those 124000 prophets (Nabis). So it was not rational for me as an actual statistics, because seemingly majority of prophets were in Arab countries… . So, I’d like to know if there is any authentic statistics to demonstrate how many of 124.000 prophets were Arab?

We do not know how many prophets are there, but those who are Arab are known to us as:

He was sent to his people A'd, the Bedouins living in the الأحقاف (Sand Mountains) located between Oman and Hadramout, Yemen.

He was sent to his people Thamoud, the people living in stones between Hijaz and Tabook. These people are similar to the people of Hood in the way they constructed their villages. 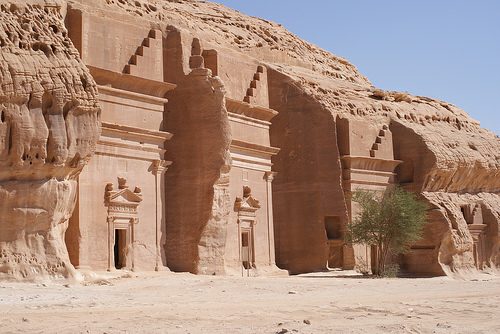 He was sent to his people Madyan, who use to live in Madyan, a village in Moan province to the outskirts of Alsham from the Hijaz side. Similar to the other two, their homes were constructed out of stones. 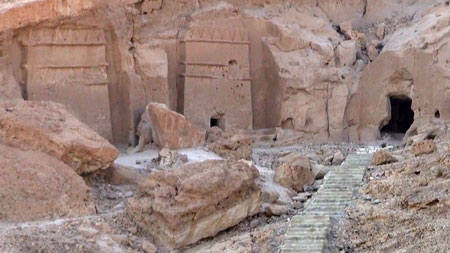 He was sent to Jirham, where the people of Amaleek (Kanean and Amooryoon tribes) and the People of Yemen and the areas around it.

He was sent to the humans and Jinn alike.

I'm not a scholar, but I've heard of this . I know Abraham (as) was told he would be the father of many nations. There is no specification on what nationality he is. Jacob (as) according to Christianity wrestled all knight with the lord and he changed his name to Is real. That would be beginning the Israel tribes. All I know I trust the prophet Muhammad (SAS) if he says their were only 4 Arab prophets then there was only 4 Arab prophets, and no more. It's best for everyone to trust in Allah and his messenger.

It is not easy to define Arab throughout the whole history of mankind.

Question to you: Was Adam an Arab?

If it is about the Arabic language, there is only Muhammad pbuh. The prophet before Muhammad was Jesus, and he did not speak Arabic. Between them were more than 600 years. I hope you see that your question is a somewhat difficult one. I tend to say that there is no answer to this really unless you define appropriately the term Arab.

The Hadeeth is not authentic, I believe.

There is a hadith (tradition) from the apostle of Allah (blessings of Allah be upon him and his family) that he said to Abuzar Qafari :

There were four Arab prophets between your prophets, Hood, Saleh, Sheith and your prophet "the messenger of Allah (SAWW)"

On the other hand, it is likewise discussed that the answer would be depended upon the interpretation of Arab race. Since, its number would be changed if:

Not the answer you're looking for? Browse other questions tagged history prophets .

11
How does the Shi'ite view of Infallibility of the Prophets and the Imams reconcile with the examples in Qur'an?
7
Out of the Prophets mentioned in the Quran how many were known to comman man in 6th century in Arabia?
12
When Uthman burn many versions of Quran, how do we know that the burned one are the "wrong" ones?
5
Relation between the Ahl Bayt and Ahlu Sunnah in the early days
6
Different versions of Arabic Qur'an
2
Which prophets were killed?
2
How were the previous prophets another religion?
2
Closing of mosques during epidemics and plagues