What is the exact meaning (or interpretation) of Yaseen? (as the initial verse of Surah-Yasin)

As you are aware, Surah Yasin consists of 88 verses and it begins with Ya, Seem (Yaseen)

As you see, the initial verse of this Surah is "Yaseen". Its meaning in many translations is written Yaseen too.

But I couldn’t find any specific meaning for it (according to an authentic translation). I'd be thankful if anyone says that what is the exact meaning or interpretation of this verse? (I mean "Yaseen")

quran terminology surat-yasin
Share
Improve this question
edited May 11, 2017 at 8:58

There about 25-30 Surah's in Quran in which there are such initial ayahs. The meaning of them is not known to anyone except Allah. I heard in many bayaans, the meaning will be disclosed after the Judgement day to the believers.

I am trying to find some more info. Will update once I find something.

Just as mtk pointed out, there are many Surahs in the Qur'an that begin with such Ayats(verses). In this case some claim it means 'O humans' others that it is a name of Yaseen. However, a majority position of the ulema is that only Allah knows their true meaning.

One particular and interesting remark is:

To illustrate this point, let's take Surat Al-Baqarah as an example, it also begins with disjointed letters namely ا-ل-م 'alif-lam-mim', one opinion of Ar-Razi is as follows:

In surah al Fatihah, we asked Allah to ‘guide us to the upright path’. Showing that we cannot be guided by our own will, we need Allah’s help.

The letters in this ayah(verse); Alif, Lam, Meem – show that we cannot know and understand everything, so we should put more hope and reliance upon Allah.

Allah lets us know that if you really want to get guidance from this Book – you will ask Allah to give you understanding of this religion, you cannot know it of your own accord. So an arrogant attitude will prevent you from true knowledge, and submission to Allah will open the doors for true understanding.

The generally held view among traditional scholarship is that these so-called Huruf-e-Muqattat have hidden meanings known to Allah alone. This explanation raises several questions. It essentially implies that they are meaningless to us, and must have been meaningless for the people of Arabia at the time of Prophet Muhammad. And if they are just a meaningless jiberrish, then why didn't those people raised any objection? Why did Allah put words into Quran which are meaningless to us?

The Arabic language existed even before Quran. Quran was written in the language, in the style and using the vocabulary that the people of that time were familiar with. Anything else wouldn’t have captured the imagination and the attention of the people.

First alternate explanation for Hurf-i-Muqattat that I came across was in the Tafseer of Maudoudi, Tafheem-ul-Quran. His opinion was essentially built up on the theory proposed by Hamid-uddin Farahi. According to Farahi, these words are actually the names of the Surahs. Such a naming convention was in use by the poets of Arabia and was nothing out of the ordinary for them. Further according to Farahi, shape of letters in Arabic were inherited from letters of the ancient languages such as Hebrew and Egyptian. In those languages letters were denoted with shapes of things. 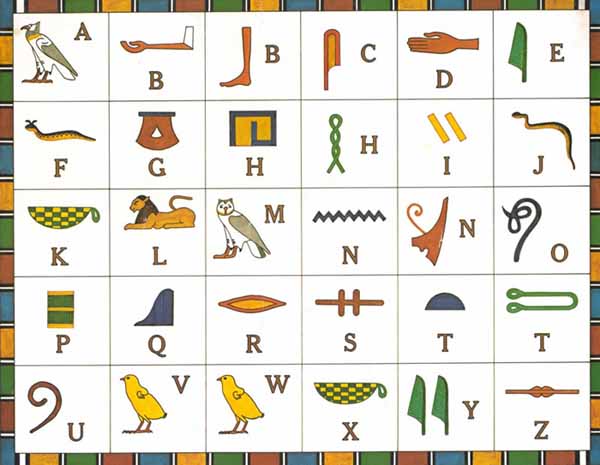 And these letters not only stand for a phonetic sound but sometimes also stand for the shape they are drawn from.

“Farahi presents Surah Nun in support of his theory. The letter Nun still denotes its ancient meaning of fish. In this surah, the Prophet Jonah (sws) has been addressed as sahib al-h~ut that is he who is swallowed by a whale. Farahi opines that it is because of this reference that the Surah is called Nun. He goes on to say that if one keeps in consideration the example given above, it is quite likely that the abbreviated letters by which other surahs commence are placed at the beginning of the surahs to symbolise a relation between the topics of a particular surah and their own ancient connotations”

Now coming to the original question where it was explicitly asked what is the meaning of Y-S, I would like to quote the commentary from Muhammad Asad's Message of Quran:

Whereas some of the classical commentators incline to the view that the letters y-s (pronounced ya sin) with which this surah opens belong to the category of the mysterious letter-symbols (al-muqatta'at) introducing a number of Qur'anic chapters (see Appendix II), 'Abd Allah ibn 'Abbas states that they actually represent two distinct words, namely the exclamatory particle ya ("O") and sin, which in the dialect of the tribe of Tayy' is synonymous with insan ("human being" or "man"): hence, similar to the two syllables ta ha in surah 20, ya sin denotes "O thou human being!" This interpretation has been accepted by 'Ikrimah, Ad-Dahhak, Al-Hasan al-Basri, Sa'id ibn Jubayr, and other early Qur'an-commentators (see Tabari, Baghawi, Zamakhshari, Baydawi, Ibn Kathir, etc.). According to Zamakhshari, it would seem that the syllable sin is an abbreviation of unaysin, the diminutive form of insan used by the Tayy' in exclamations. (It is to be borne in mind that in classical Arabic a diminutive is often expressive of no more than endearment: e.g., ya bunayya, which does not necessarily signify "O my little son" but, rather, "my dear son" irrespective of the son's age.) On the whole, we may safely assume that the words ya sin apostrophize the Prophet Muhammad, who is explicitly addressed in the sequence, and are meant to stress - as the Qur'an so often does - the fact of his and all other apostles' humanness.

No there is no one who can actually understand these introductory words in most of the surahs (verses) in holy Qur'an except Allah himself.

Not the answer you're looking for? Browse other questions tagged quran terminology surat-yasin .