Are earnings from Google AdSense halal?

Unfortunatley, the website owner can't fully control which advertisement will be shown on his website, as it's determined automatically by some program which Google uses to dispatch the advertisement according the web page content/material. For example, if your web page shows articles about real estate then Google may choose to display real estate business-related advertisements.

Website owners do have access to some filtering based on advertisement category (e.g. financing, wine, real estate etc.) which he can apply so that if he doesn't want to show advertisements from a specific category then he can disable those particular advertisements.

Now my actual questions are:

Basically, I just need to know how (if possible) to make the earnings from AdSense halal.

I am not in a position to say Halal & Haram, but based on my understanding as a Muslim, i can say about the first case that its Haram; because you may get profit from advertising wine, and you will never know from what advertisement did you get the profit, despite the fact your are getting sin by doing this.

For the third case, i don't see a problem with that. But again, i am not in a position to say Halal and Haram.

For 2nd cases, i don't know, but i don't see a problem since you don't advertise something haram, and the pictures has nothing to do with your profit being halal or haram, its just about sins.

I don't think there is any problem in it . as you can control what ads you want to serve.

just go to allow&block ads menu after logging in to your account. 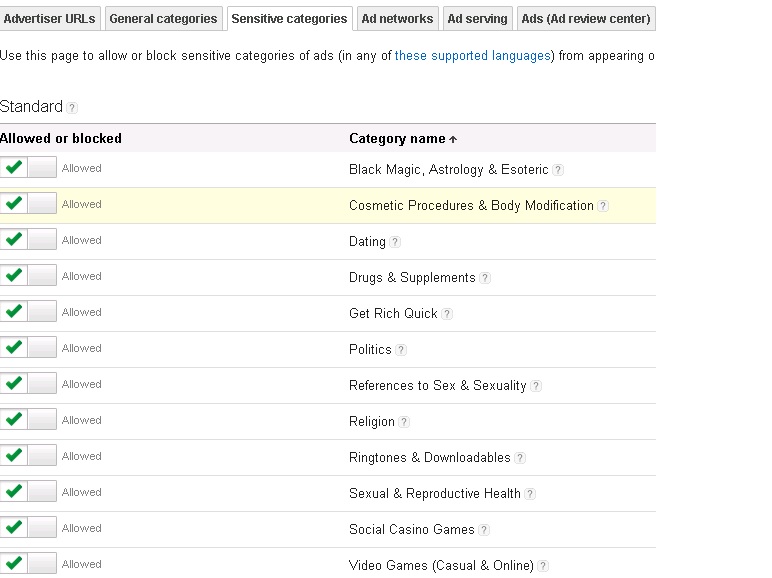 Not the answer you're looking for? Browse other questions tagged halal-haram practical-islam business .

21
Which foods from the sea are halal?
4
Are earnings from developing software which includes selling adult ebooks haram?
1
Is it halal to make ad revenue from sexy wallpapers?
0
Education consultant earnings are halal or not?
3
Food with earnings from halal and haram money
2
Is it halal to eat food that contain alcohol as one of its ingredients?
1
Is downloading picture from google and uploading it to youtube haram?