Verse/hadith that says Allah creates out of nothing

Are there any Quranic verse or Hadith that says Allah can create things out of nothing?

If you site this verse:

Please explain how it conveys creation from nothingness? May be it is obvious from the verse and I am unable to understand it!

It's hard to me to answer this in English but i'll try my best.

First we have to answer one thing. Does ALLAH need anything to survive or to be a God?!!!

Of course NO. Then we have to say that ALLAH doesn't in need for anybody and anything. This will be the rule that will guide us.

Another consequence, if everything needs a predecessor or raw materials or whatever you want to name it, this is also recursively needs other raw materials and recursively you are going to at least one initial raw material. Then how this is found?!!! and since we already know and see things in our life then we know that this initial has been found from nothing... and that's the point ALLAH can create things from nothing and If He did it once then He is able to did it always as logic says.

Creation According to Theory of Emanationism

The verse in question doesn't suggest anything in regards with creation from nothingness. In fact, creation from absolute nothingness is a logical impossibility, unless we believe that God creates things from His own existence.

This view is elaborated in the theory of Emanationism. The theory holds that there exists various levels of creation. Each level of creation is derived from a higher degree level which is more intense, more perfect and purer than the lower. The highest level of existence is God who is the most intense, the most perfect and the most pure from whom all lower-degree levels emanate. In each level of emanation the higher levels are present but are less manifest. Thus God is omnipresent in all levels yet He is less and less manifest as levels descend. This theory explains creation without assuming creation from nothingness which is a logical impossibility. See http://en.wikipedia.org/wiki/Emanationism for historical origins and more.

Quranic Evidence for the Theory [Post-Scripted]

While I believe reason alone is sufficient to establish the theory, yet an insightful revision of many Quranic concepts and doctrines have strong Emanationist implications. For example the very concept of "tanzeel" or "descent" can be reasonably interpreted as pointing to the process of emanation. This is particularly evident in the verse:

There is not a thing but with Us are its stores, and We send it down only in precise measure. (15:21)

This verse is remarkable because it suggests that everything in the material world (which is deemed as the lowest level in the emanationist existential hierarchy) exists in Allah's "stores" (higher levels of existence) in a more perfect form and that which exists here is a descended form of that which is higher.

I actually believe Emanationism can effectively and consistently explain and substantiate various theological doctrines -- such as Divine excellence, omnipresence, omniscience and creation hierarchy -- that are common to world major religions.

In the verse that you quoted, the word "ž©ž»┘Ŗž╣ (Badi'u)" is used. The word is translated as "Originator". 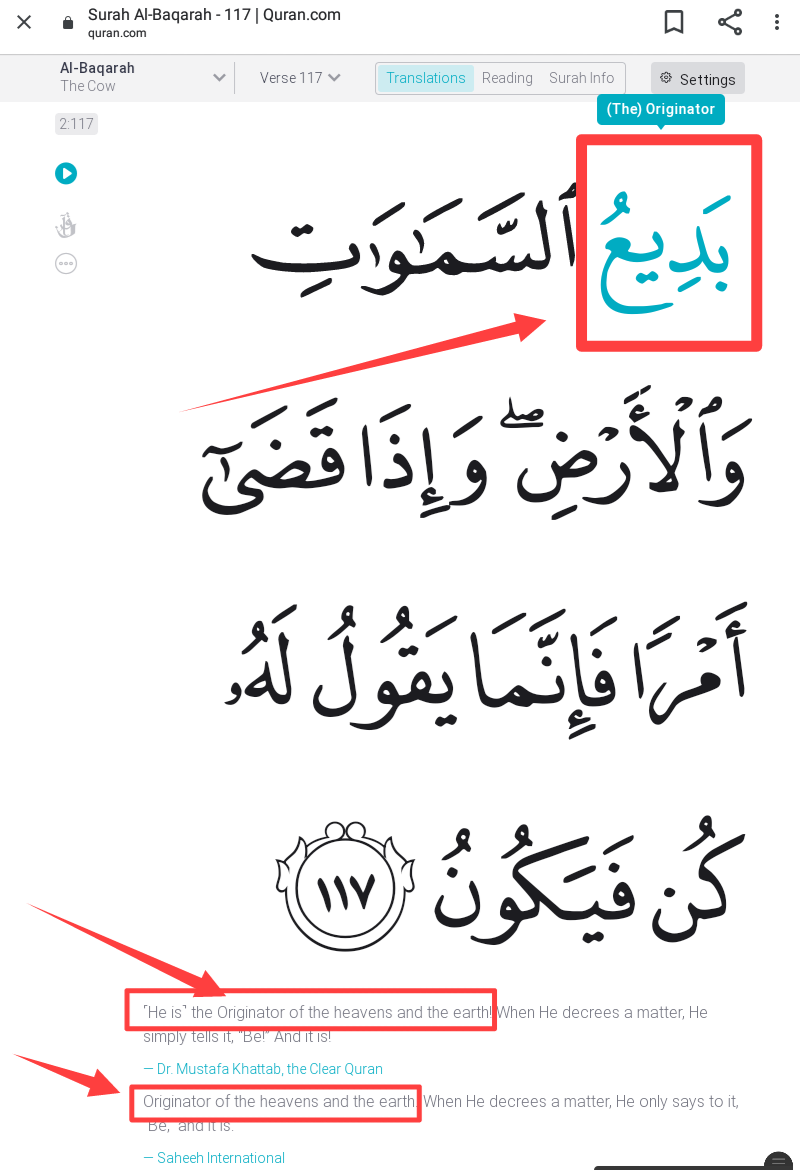 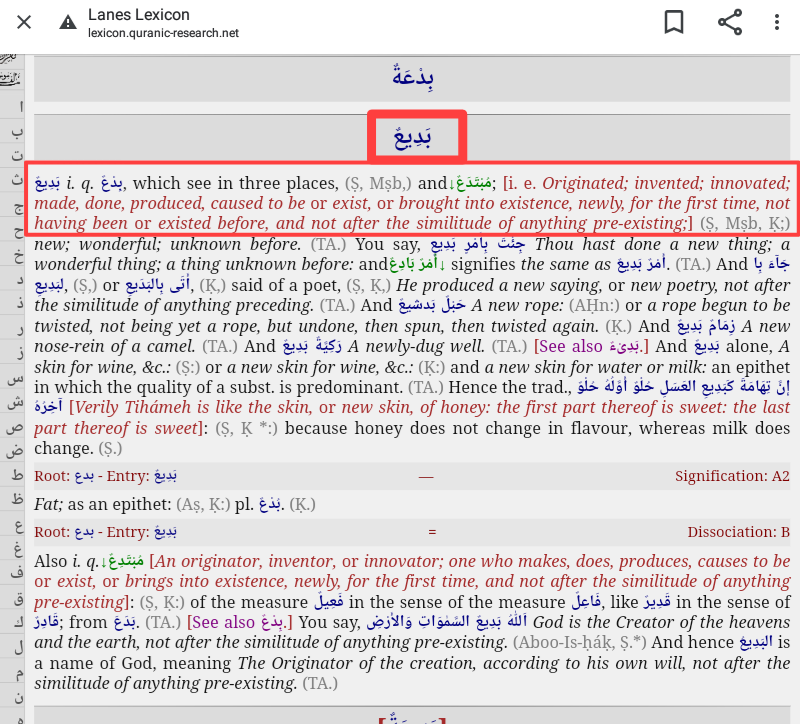 I think that's why the verse is used as an evidence to show that Allah created the Universe from nothing.

Not the answer you're looking for? Browse other questions tagged hadith tafseer allah creation verses .

5
Did God create the earth for the sake of the Prophet and his family only?
3
Is Allah bounded by Time and Space?

32
What is the purpose of creating this universe?
7
What is the source of the tafseer of the verse (3:37) that says rizq means scrolls of knowledge?
10
Can Muslims consider Isa the "Spiritual" son of God?
5
Why did the creation of Earth take longer time than the creation of the Universe?
2
Where can I find the complete sanad for this Hadith that the Milky Way is a doorway to the heavens?
2
Allah's Throne was on Water - Clarification
0
How do we understand the Quranic description of mountains?
0
What is the explanation for quran 6:101?
1
Does Islam Teach That The Earth Was Created Before Sun, Stars, Moon, Heavens, etc?